After Atrangi Re, Akshay Kumar to be seen in Aanand L Rai’s forthcoming directorial. Yes, today on the occasion of Raksha Bandhan, Akshay took to his Instagram and announced his new project titled Raksha Bandhan. He made the announcement with the first look from the film. 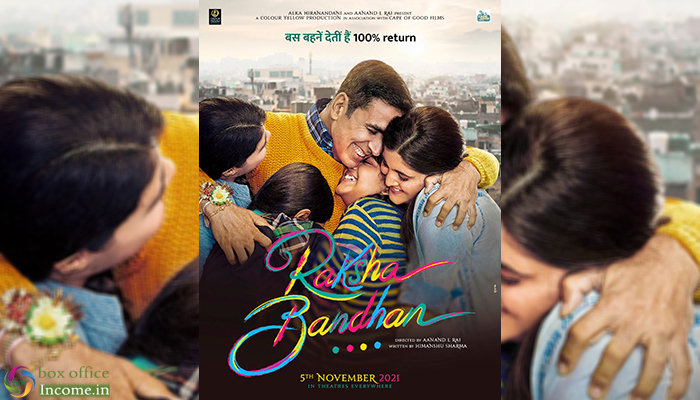 Announcing the film, Akshay wrote on Twitter, “A story that touches your heart so deeply & so instantly, it’s the quickest I’ve signed a film in my career. Dedicating this film #RakshaBandhan to my sister Alka & to the most special bond in the world…that of a brother and sister. Thank you @aanandlrai, this one is very special.”

This story has indeed come as a surprise as a couple of days back, Akshay was clicked in the same outfit by the paparazzi. The actor is yet to resume the shoot of Atrangi Re in which he will be seen along with Dhanush and Sara Ali Khan. The film is scheduled for Valentine’s Day 2021 release.

The movie will go on floors by mid-2021. Written by Himanshu Sharma and produced by Colour Yellow Productions in association with Cape Of Good Films, the film is the second collaboration between Aanand and Akshay after Atrangi Re. Presented by Alka Hiranandani & Aanand L Rai, Raksha Bandhan releases in theatres on 5th November 2021.