It’s Official! Akshay Kumar, Dhanush and Sara Ali Khan will be coming together for Aanand L Rai’s next film, titled as ‘Atrangi Re’. Aanand L Rai is an expert filmmaker and the fact that he’ll be working with such an exceptional star cast guarantees something special for the audience. 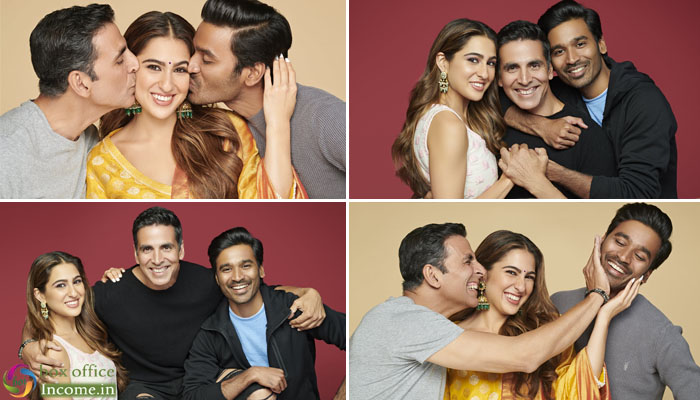 The makers have shared an image that witnesses the male actors, Akshay and Dhanush kissing Sara on the cheeks. While the handsome hunks don a sleek look with different shades of grey, Sara, on the other hand, looks classic in her yellow suit, jhumkas, and a bindi. But we wonder if that’s a hint to her look in the film?

Reportedly, Akshay’s role in the film is very special and the audience will really like it. When asked about having the game-changing actor on board, Aanand L Rai said, “It takes a secure actor like Akshay to do such a role. He has been pushing the envelope and is always up for challenges.”

Meanwhile, opening up about the film, Aanand L Rai revealed that Atrangi Re is an A.R. Rahman musical and a film close to his heart. He also spoke about casting Sara and Dhanush for the first time. The filmmaker further added, “Their pairing is quite interesting and exciting. Fans will love the freshness these two will bring on the big screen.”

Atrangi Re will be presented by Bhushan Kumar’s T-Series, Colours Yellow Production along with Akshay Kumar’s Cape Of Good Films. Written by Himanshu Sharma, the music will be backed by the legendary musician AR Rahman. Atrangi Re will go on floors on March 1st, 2020 and the film will hit the screen on 14 February 2021.