With the excitement for Samantha Ruth Prabhu’s first Hindi theatrical release Yashoda beaming up every passing day, the makers of the multi-lingual film have treated the audience with the trailer announcement. Set to drop the trailer on 27th October, the makers of Yashoda have released yet another sneak peek from the film adding to the anticipation for the 11th November 2022, release. 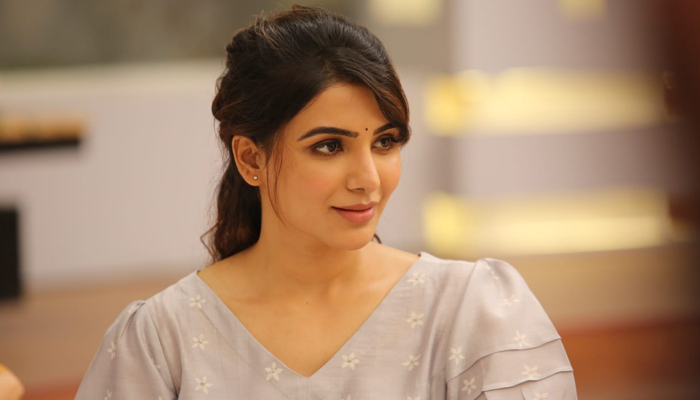 Samantha is gearing up for her first appearance in Hindi theatres with Yashoda. Sharing the teaser, she wrote, I’ll be seeing you ♥️ #YashodaTrailer on 27th Oct @ 5.36 PM💥”

Earlier, the makers dropped the teaser introducing the audience to the world of Yashoda, played by Samantha leaving everyone intrigued with the dark and thrilling backdrop of a pregnant woman fighting against all odds. Playing an author-backed role in the new age plot, Samantha turns gritty in the edge-of-the-set action-packed Yashoda.

Houldered by the number one actress of India, the film touches base on the most number of languages for a female-led film, releasing in a total of 5 Indian languages – Tamil, Telugu, Kannada, Malayalam, and Hindi. While Yashoda isn’t Samantha’s Bollywood debut, the bilingual film will be dubbed and released in Hindi, amongst other languages.

Co-starring Varalaxmi Sarathkumar, Unni Mukundan along with Samantha Ruth Prabhu, the film is set to present a new avatar of the leading lady.

Backed by a strong technical crew, Yashoda onboarded a talented team of Mani Sharma for music, M Sukumar for cinematography and Marthand K Venkatesh as the editor. Directed by Hari and Harish, Yashoda is produced by Sivalenka Krishna Prasad under the banner of Sridevi Movies and is set to release on 11th November 2022.