Action-thriller film ‘WAR’ starring heartthrobs Hrithik Roshan and Tiger Shroff, is continuing its winning streak at the box office. The film that has been winning the number game at the ticket windows, has checked itself into the coveted 200-crore club, all within its first week. 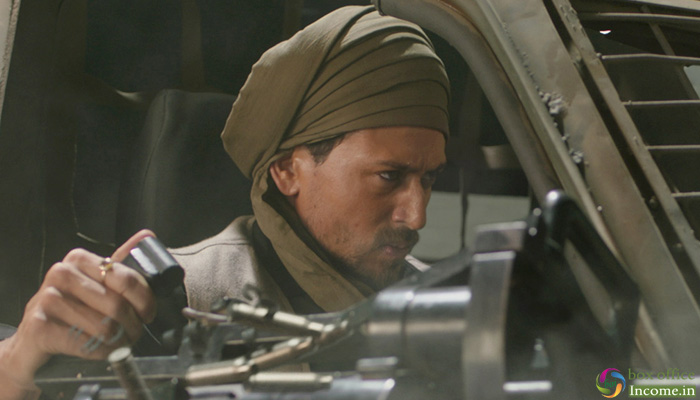 War was opened at a terrific note on Wednesday and registered the biggest opening of all time in Hindi Cinema. Over the 5-days extended weekend, it remained super strong and raked the business of 159.70 crores with 51.60 crores on Wednesday, 23.10 crores on Thursday, 21.30 crores on Friday, 27.60 crores on Saturday & 36.10 crores on Sunday.

Yash Raj Films’ production is now running on weekdays with a strong pace. On Monday, it remanied super-strong and managed to rake the business of 20.60 crores. While on Tuesday due to Dussehra Holiday, the film remained strong and bagged the amount of 27.75 crores.

On the next day i.e. 2nd Wednesday, with a good pace, Hirthik Roshan and Tiger Shroff starrer War minted the amount of 11.20 crores and raised its 8 days total collection to 219.25 crores nett at the domestic box office.

The film revolves around agent Khalid (played by Tiger Shroff) who is on a mission to hunt down his mentor Kabir (played by Hrithik Roshan). The film boasts of jaw-dropping action sequences and hit the screens on October 2