The highly anticipated new Hindi offering War has finally crossed over 200 crores total at the domestic box office. Superstar Hrithik Roshan and Tiger Shroff starrer has crossed the mark within 7 days of release despite having Chiranjeevi’s much-awaited Sye Raa Narasimha Reddy and Hollywood’s Joker in its parallel. 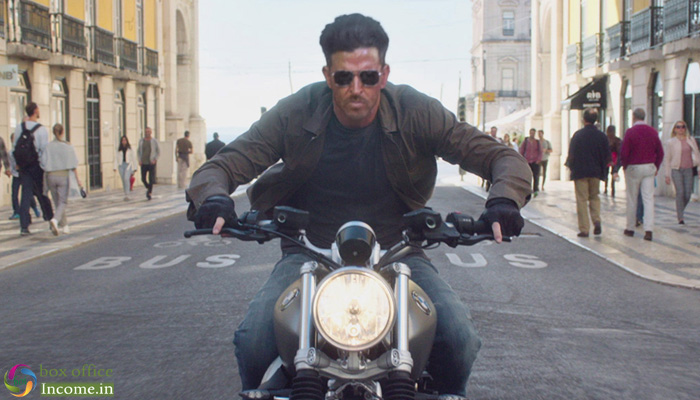 Directed by Siddharth Anand, War has received mostly positive reviews from the critics as well as the audience for its strong content and commendable performance of the entire cast that includes Hrithik Roshan, Tiger Shroff, Ashutosh Rana, Vaani Kapoor and others.

Produced by Yash Raj Films, this action drama was released amid the huge excitement of fans on Gandhi Jayanti. The movie opened on an exceptional note on Wednesday and registered the biggest opening of the year so far in Bollywood.

By maintaining a good pace throughout the 5-days extended opening weekend despite a usual drop on day-2, War registered the business of 159.70 crores in its first weekend, with 51.60 crores on Wednesday, 23.10 crores on Thursday, 21.30 crores on Friday, 27.60 crores on Saturday, and 36.10 crores on Sunday.

Now it is running on weekdays and as usual, getting strong response from audience. On Monday, it remained super-strong and collected 20.60 crores. Then on Tuesday, by remaining strong due to Dussehra Holiday bagged the amount of 27.75 crores and raised its 7 days total collection to 208.05 crores nett.

Pulkit Samrat and Kriti Kharbanda shoot for their first brand together!