Siddharth Anand’s directorial ‘War’ which stars Hrithik Roshan and Tiger Shroff in the lead roles has witnessed a very strong extended first-weekend collection at the box office. The film released on the occasion of Gandhi Jayanti on October 2, now emerged as the fifth highest grossing Hindi film of the year. 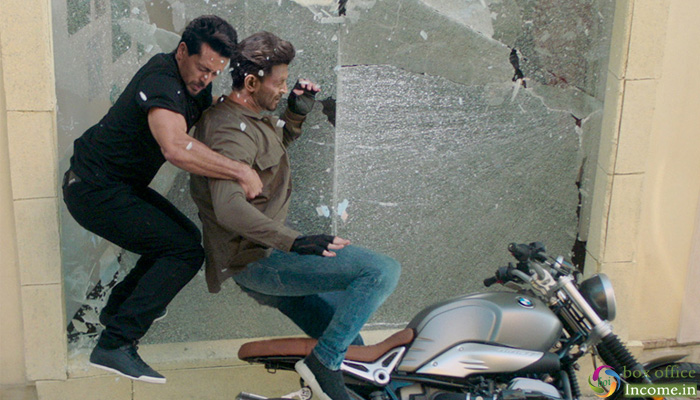 Yash Raj Films’ production, the Hindi action-thriller has got succeed to create the desired impact on viewers with its thrilling story-line backed by high-octane action & stunts. From critics as well, it has received mostly positive reviews and gathered a solid word of mouth.

On Wednesday, War was opened at a terrific note with an occupancy of 95% in the morning and attained a solid pace post noon shows due to Gandhi Jayanti holiday. In the end, it had registered the biggest opening of all time in Hindi Cinema and the best one for Hrithik-Tiger with 53.35 crores.

Afterwards, Aditya Chopra’s presentation recorded a normal drop in footfalls but still remained strong and minted the amount of 24.35 crores on Thursday and 22.45 crores on Friday. On Saturday, it had retained the pace and raked the business of 28.70 crores.

On the next day i.e. Sunday, War started on a higher note as compared to the previous day and managed to collect the amount of 36.10 crores. With this, its 5 days total collection has become 166.25 crores nett at the domestic box office from 4200 screens.