As expected, the highly awaited movie War of superstar Hrithik Roshan and Tiger Shroff starrer has witnessed tremendous response on box office across the country as well as in international market. Being highly hyped, it has been released with enormous buzz among fans and getting overwhelmed response from audience. 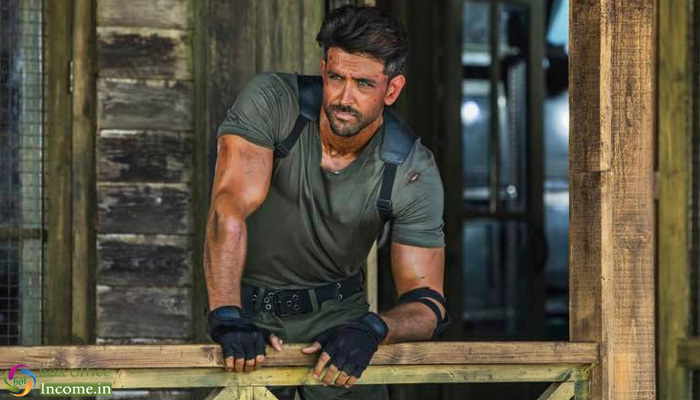 Yash Raj Films’ presentation has also stars Vaani Kapoor, Ashutosh Rana, Anpriya Goenka and Soni Razdan. The film has got succeed to hit the target right among critics and gathered mostly positive reviews. It is for the first time that Hrithik and Tiger have collaborated for a film, and going by their individual strong fan base

On Wednesday, War was opened terrifically with an occupancy of around 95% in the morning and attained the desired pace post noon shows due to Gandhi Jayanti holiday. At a fantastic note, it had registered the business of 53.35 crores (Hindi 51.60 cr, Tamil & Telugu 1.75 cr) which is the biggest opening of all time in Hindi Cinema.

After 3 days, Siddharth Anand’ directorial War has managed to rake the business of 100.15 crores (Hindi 96 cr, Tamil & Telugu 4.15 cr) at the domestic box office from 4200 screens. Going by the hype surrounding the film, the makers have added 200 screens for War.