After the three blockbuster weeks, Hrithik Roshan and Tiger Shroff starrer War has passed its fourth week also at a good note. Despite the new Hindi offering Housefull 4, it refused to slow down at the box office and Hindi version of War has crossed the mark of 300 crores within 30 days of release. 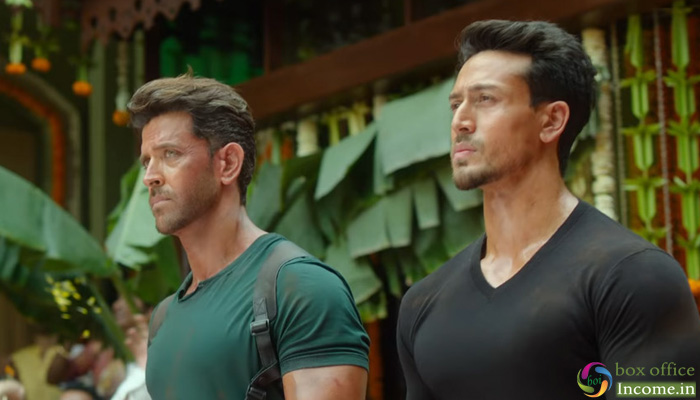 Produced by Yash Raj Films, War has got succeed to entertain many in theatres and gathered a solid word of mouth. As a result, it registered the superb business of 228.50 crores in the first week which included 159.70 crores in the weekend and 68.80 crores on weekdays.

In the fourth weekend, it showed better performance than expected and raked the business of 1.71 crores which included 0.36 crore on Friday, 0.66 crore on Saturday & 0.69 crores on Sunday. Then on weekdays also, the action entertained remained steady and minted 1.11 crore on 4th Monday, 0.96 crore on 4th Tuesday & 0.76 crore on 4th Wednesday.

On the next day i.e. 4th Thursday, with a minimal decline, War bagged the amount of 0.60 crore and raised its 4 weeks Hindi collection to 300.14 crores nett at the domestic box office. From its dubbed Tamil & Telugu version, War raked the business of 14.53 crores nett.