After a thunderous opening on Wednesday, the year’s one of the highly-awaited Hindi films War has recorded a major drop in footfalls on Thursday but still remained very strong at the box office. Within 2 days of release, it has done the business of over 74 crores with a fantastic response from mass circuits. 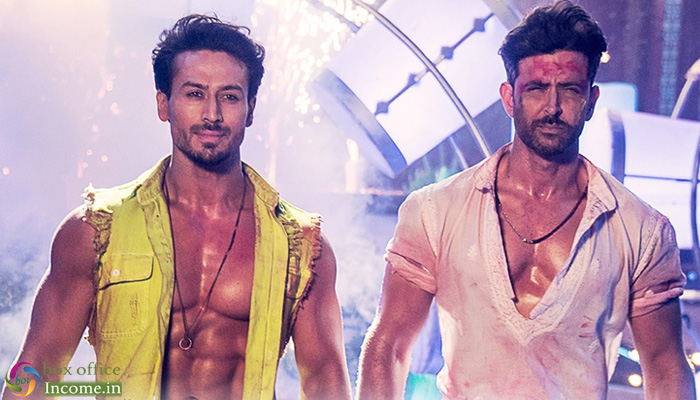 Superstar Hrithik Roshan, Tiger Shroff and Vaani Kapoor starrer action drama has got succeed to entertain many in theatres and gathered a good word of mouth. From the critics also, it has received mostly positive reviews for its thrilling storyline backed by the high-octane action and stunts.

On Wednesday, Yash Raj Films’ production took a thunderous start with almost 95% occupancy across the country. By remaining super strong throughout, it registered the highest opening of all time in Hindi cinema with 53.35 crores nett (Hindi 51.60 cr, Tamil & Telugu 1.75 cr) at the domestic box office.

Also, as per the advance booking report, War is expected to remain strong on weekdays as well. Word of mouth is largely good for the film which means a stupendous weekend is on the cards for the Hrithik Roshan and Tiger Shroff starrer. For the first time, Tiger-Hrithik are being seen together in a movie.