The biggest action thriller of Indian Cinema, War is finally in theatres and has expectedly taken a thunderous start at the box office nationwide including all the versions. Even before the release, the craze could clearly be witnessed in terms of its blockbuster advance booking trends which is historic. 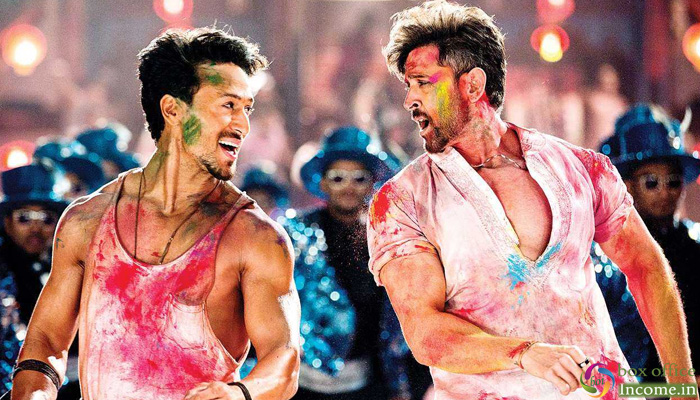 Directed by the very Siddharth Anand, Hrithik Roshan and Tiger Shroff starrer has got succeed to live up to its humongous expectations and stunned all the viewers in theatres with its action. From the critics as well as audience, the movie is getting mostly positive reviews.

On Wednesday due to holiday of Gandhi Jayanti, War took a thunderous start with an occupancy of around 85% in the morning and successfully attained the desired pace post noon shows. At a superb note, it has registered the higher-than-expected opening business of 53.35 crores nett (Hindi 51.60 cr, Tamil & Telugu 1.75 cr) at the domestic box office.

This is a big achievement for the film considering it had to face competition from Sye Raa Narasimha Reddy & Joker. The film was released on less than 4000 screens which is way less than the screen size of TOH. If it would’ve got a similar release size, the numbers could’ve been atleast 10% better.

As per the current trend & never-seen hype among Indian fans, War is expected to sustain for the entire opening week. After Tollywood’s Baahubali 2 and Hollywood’s Avengers Endgame, it is the third film which is witnessing such immense excitement in India.