After the terrific opening week, the highly awaited War (Hrithik Vs Tiger) is successfully maintaining the strong pace in the second week as well. Due to solid star power and positive word of mouth, the movie is flying high at box office and setting new records with each single day. 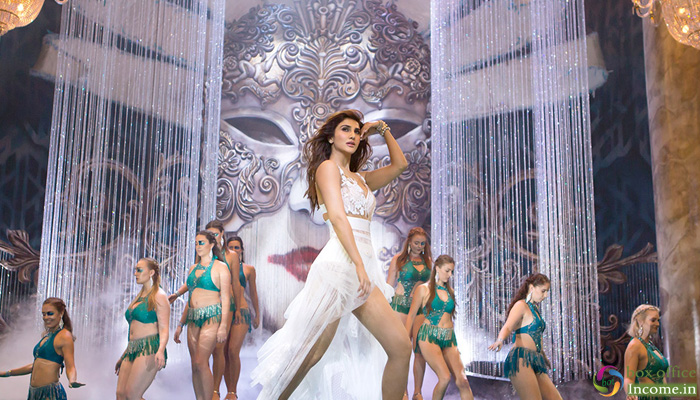 The Hindi action drama War took a tremendous start on Wednesday last week and had registered the biggest opening of all time in Hindi Cinema. At an overall fantastic note, it did the business of 228.50 crores in the 9-days extended week that included 159.70 crores in the 5-days weekend and 68.80 crores on weekdays from 4200 screens.

Then in the second weekend, and once again showed remarkable growth over the weekend. Yash Raj Films’ production remained strong and raked the business of 31.05 crores with 7.10 crores on Friday, 11.20 crores on Saturday & 13.20 crores on Sunday.

Now War has entered on weekdays again and witnessed a further drop in footfalls due to normal working days. On 2nd Monday, Siddharth Anand’s directorial has managed to collect 4.40 crores and raised its 13 days total collection to 264.40 crores nett at the domestic box office.

From its dubbed Tamil & Telugu version, War raked the business of 9.85 crores in the 9-days opening week. It witnessed a little jump over the weekend and bagged the amount of 0.50 crores on Friday, 0.60 crores on 2nd Saturday and 0.70 crores on Sunday. With this, it’s 12 days total collection has become 11.65 crores.