The highly buzzed War was released last week with huge excitement among fans and as expected getting terrific response at box office. Movie’s thrilling plot and high octane actions got succeed to impress most of the audience as well as critics and received positive remarks from them. 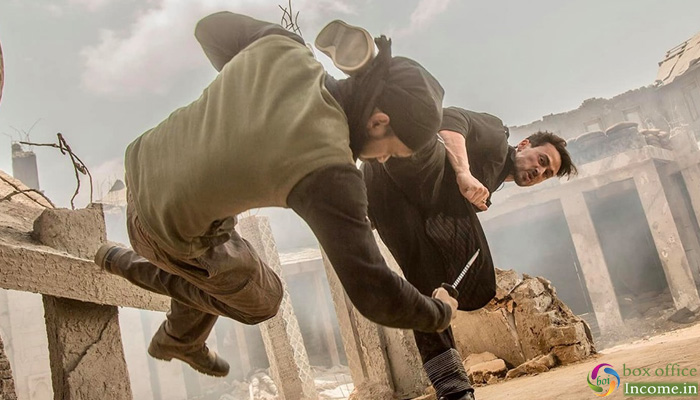 War was released last week on Wednesday and registered the biggest opening of all time in Hindi Cinema. In the 5-days extended weekend, it raked the business of 159.70 crores with 51.60 crores on Wednesday, 23.10 crores on Thursday, 21.30 crores on Friday, 27.90 crores on Saturday & 36.10 crores on Sunday.

Now it is running in the second week and once again showed remarkable growth over the weekend. On 2nd Friday, the movie minted the amount of 7.10 crores with around 23% of drop than previous day.

Then on 2nd Saturday, Hrithik Roshan and Tiger Shroff starrer reported 57.75% of jump and registered the business of 11.20 crores. On the next day i.e. 2nd Sunday, with further jump, War garnered 13.20 crores and raised it’s 10 days total collection to 260 crores.

From its dubbed Tamil & Telugu version, War raked the business of 9.85 crores in the 9-days opening week. It witnessed a little jump and bagged the amount of 0.50 crores on Friday, 0.60 crores on 2nd Saturday and 0.70 crores on Sunday. With this, it’s 12 days total collection has become 11.65 crores.