After the blockbuster opening week, the highly buzzed War is heading with a maintained strong pace in the second week as well. Due to solid star power and positive word of mouth, the movie is soaring at box office and setting new records with each single day. 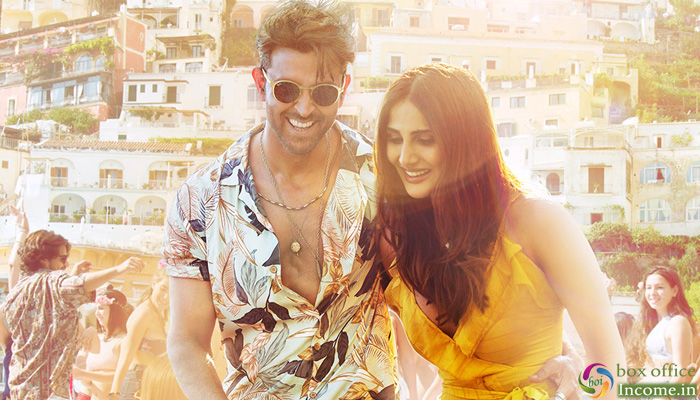 Because to solid initial buzz, War opened to a humongous note and registered biggest opening of all time in Bollywood. Over the weekend it showed remarkable growth and did the business of 159.70 crores with 51.60 crores on Wednesday, 23.10 crores on Thursday, 21.30 crores on Friday, 27.90 crores on Saturday & 36.10 crores on Sunday.

On Monday & Tuesday due to holiday of Dussehra, Siddharth Anand’s directorial remained rock-steady and bagged the amount of 20.60 crores and 27.75 crores. While in normal weekdays, the movie witnessed usual drops and minted the amount of 11.20 crores of Wednesday and 9.25 crores of Thursday.

After the extended 9-days opening week, total collection of War was recorded as 228.50 crores at domestic box office. Now it is running in the second week and still remains the first choice of viewers. With around 23% of drop than previous day, it collected 7.10 crores on 2nd Friday.

On the next day i.e. 2nd Saturday, YRF’s this latest presentation once again showed remarkable growth and garnered the business of 11.20 crores. With this, total collection of War after 9 days of release, has become 246.80 crores nett.

From its dubbed Tamil & Telugu version, War raked the business of 9.85 crores in the 9-days opening week. It witnessed a usual drop and bagged the amount of 0.50 crores on Friday and 0.60 crores on 2nd Saturday. With this, it’s 11 days total collection has become 10.95 crores.