The trailer of Kiccha Sudeep-starrer ‘Vikrant Rona’ is all set to be launched on June 23rd, as per the latest announcement by the makers. 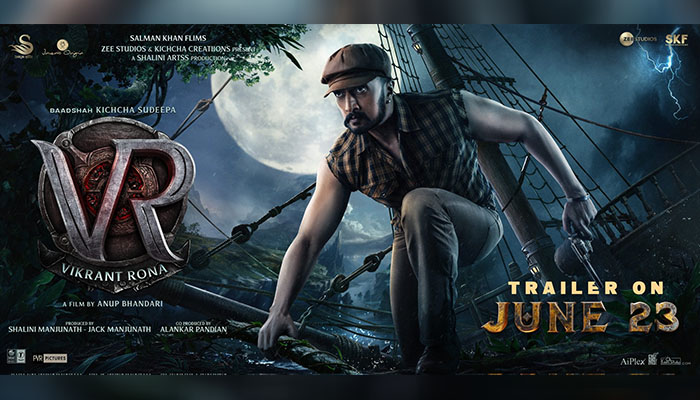 “Once You Enter The Maze, Escape Is Not An Option.. Vikrant Rona Official Trailer on 23rd June… Get Ready !!!! ”, the makers tweeted on Friday.

Vikrant Rona was originally shot in Kannada, while the film will be dubbed and released in Tamil, Hindi, Malayalam, Telugu. The film has also stars Nirup Bhandari, Neetha Ashok and Jacqueline Fernandez in key roles.

Vikrant Rona’ will release worldwide in 3D on July 28th, directed by Anup Bhandari. The film is presented by Salman Khan Films, Zee Studios and Kichcha Creatiions in North India produced by Jack Manjunath under his production Shalini Artss, and co-produced by Alankar Pandian of Invenio Origins the film.

The film will be distributed in North India by PVR Pictures.