Luv Ranjan known for his unique blend of filmmaking which matches humor with social commentary and a tongue-firmly-in-cheek take on relationships has kept audiences guessing on the title of his upcoming movie starring the super fresh pairing of Ranbir Kapoor and Shraddha Kapoor. 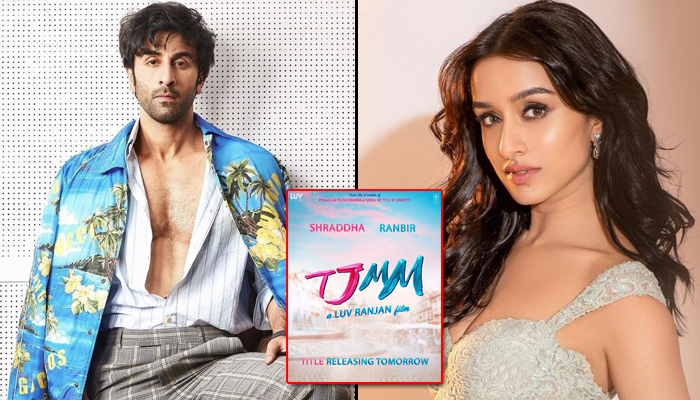 While it looks like he is finally ready to reveal the title, but then not yet. Before the reveal the maker has dropped a teaser with the acronyms of the movie title which has sent the internet into a frenzy. The only thing which is now known are the initials “TJMM” and has left everyone guessing on what it stands for.

The excitement around the movie has been immense since it went on floors. While the title has been a mystery and curiosity has been palpable, the expectations also run high. With the reveal around the corner, netziens are having a field day in trying to guess what the title actually is.

Luv’s films are known to have rather interesting and effervescent titles, be it Pyaar ka Punchnama or Sonu Ke Titu Ki Sweety and this one seems to keep the tradition.

The film is directed by Luv Ranjan, produced by Luv Films’ Luv Ranjan and Ankur Garg, presented by T- Series’ Gulshan Kumar and Bhushan Kumar. It is all set to have a festive release worldwide in cinemas on Holi, 8th March 2023.