After a slow start, this Friday released the biographical drama The Sky Is Pink has remained on the lower side throughout and passed the opening weekend on an average note despite getting positive feedback from the viewers. While the two previous offerings War & Joker maintained a solid pace. 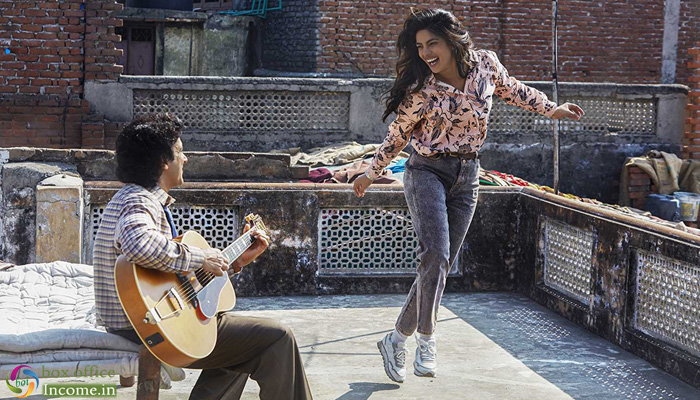 Produced by RSVP Movies, Roy Kapur Films, Purple Pebble Pictures and Ivanhoe Pictures, the biographical drama The Sky Is Pink has got failed at box office despite positive reviews of critics. From audience also, it has received mostly favorable reviews and gathered a positive word of mouth.

Shonali Bose’s directorial was released amid ordinary buzz due to lack of promotions. On Friday, the film took a dull opening in the morning, but with some growth in footfalls over the evening & night shows, it managed to collect 2.50 crores at the domestic box office.

On Saturday, due to positive word of mouth, The Sky Is Pink witnessed a significant but not-enough jump and raked the business of 4 crores. On the next day i.e. Sunday, with a further jump, it minted the amount of 4.20 crores and raised the 3 days total collection to 10.70 crores at the domestic box office.

Priyanka Chopra and Farhan Akhtar starrer The Sky Is Pink showed an uptrend over the weekend though, but still, it got failed to register a reputed weekend total. In fact, the last week released garnered higher numbers especially Hrithik and Tiger starrer War which is running phenomenally even in its second week.