The latest offering of Shonali Bose’s directorial, starring Priyanka Chopra and Farhan Akhtar, ‘The Sky Is Pink’ has finally released at box office. The second film in which Farhan and Priyanka reunite after their first film together ‘Dil Dhadakne Do.’ 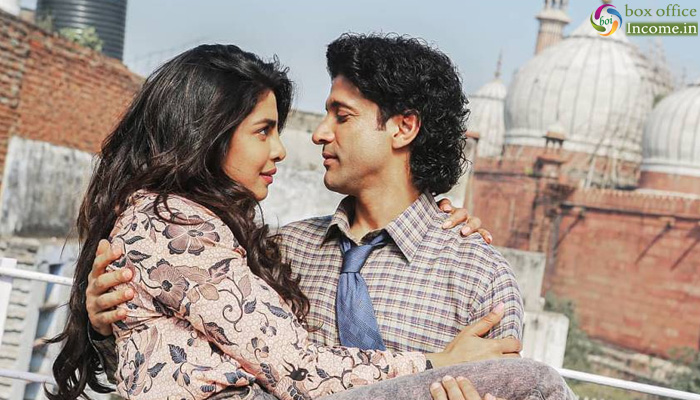 The film marks the return of Priyanka in Bollywood after three years since her last film ‘Jai Gangaajal’ in 2016. The Sky is Pink is getting positive reviews from critics as well as moviegoers but has not witnessed much impressive occupancy in theaters across the country.

On Friday, The Sky Is Pink took a slow start with an occupancy of only 10% in the morning and got failed to pick up the desired pace over the evening & night shows. Till the end, it managed to collect the amount of 2.50 crores nett at the domestic box office.

Currently, the box office is dominated by the Hrithik Roshan and Tiger Shroff starrer action thriller ‘War’. The film is collecting better than the ‘The Sky Is Pink’ in premium multiplexes in metro cities which is the target audience of the film. ‘War’ is expected to churn out good numbers on the weekend.

‘The Sky Is Pink’, directed by Shonali Bose, is based on the incredible love story of a couple spanning 30 years, told through the lens of their teenage daughter. The film also marks Priyanka’s Hindi production debut and also stars Zaira Wasim and Rohan Saraf.