Anupam Kher starrer The Kashmir Files has been making money at the box office at a surprising speed. Based on the exodus of Kashmiri Pandits during the Kashmir Insurgency, the film has earned 116.45 crore till now. 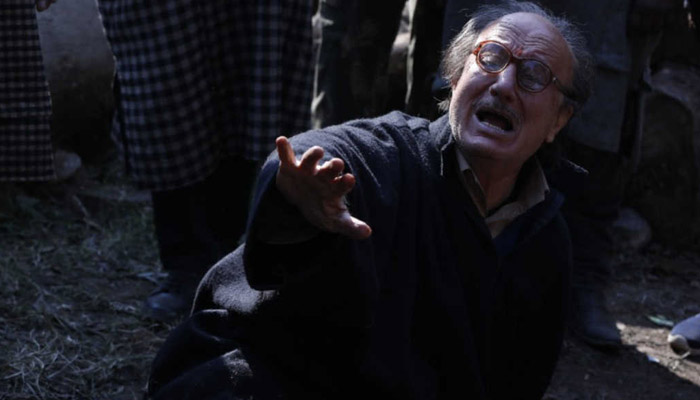 Directed by Vivek Ranjan Agnihotri, The Kashmir Files has got succeed to impress everyone and received very positive reviews from the critics as well as the audience. As a result, it has gathered a solid word of mouth and already become the first blockbuster of the year 2022 in Bollywood.

After a fantastic opening, Anupam Kher, Darshan Kumar, Pallavi Joshi and Mithun Chakraborty starrer remained super-strong throughout the first weekend and registered the business of 27.15 crores which included 3.55 crores on Friday, 8.50 crores on Saturday & 15.10 crores on Sunday.

Then on weekdays as well, it maintained a superb pace and minted the amount of 15.05 crores on Monday, 18 crores on Tuesday, 19.05 crores on Wednesday & 18.05 crores on Thursday. After a week, one week total collection of The Kashmir Files was recorded at 97.30 crores.

Now, Zee Studios and Abhishek Agarwal Arts’ production has entered in the second weekend and still has a strong hold over the audience. On 2nd Friday, it raked the business of 19.15 crores and raised its 8 days total collection to 116.45 crores nett at the domestic box office.