After the gripping ‘The Tashkent Files’, National award winner Vivek Ranjan Agnihotri is back with ‘The Kashmir Files’- another shocking, riveting and brutally honest film based on the true stories of the victims of the Kashmir Genocide. Giving audiences a glimpse of the terror, confusion and sheer panic that consumed Kashmir at the time, ‘The Kashmir Files’ takes you on a rollercoaster of emotions that surfaced during the tragic incident. 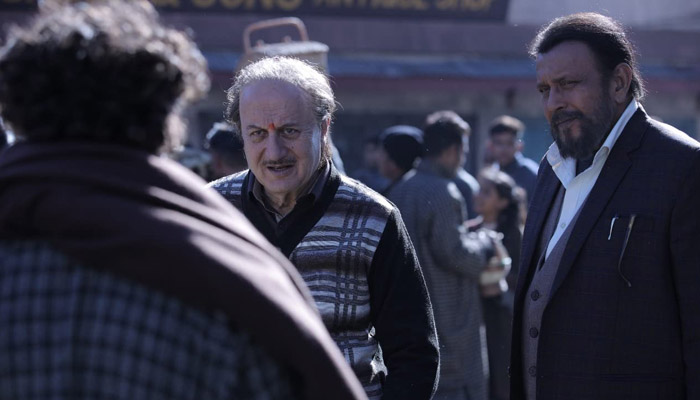 Directed by Vivek Ranjan Agnihotri, The Kashmir Files has created a solid impact on the viewers and garnered positive word of mouth. As a result, it was opened on a phenomenal note on Friday and did a business of 3.55 crores from 700 screens in India. On Saturday, the film witnessed a massive growth and collected 8.50 crores.

Then on Sunday, with another huge jump, it managed to score 15.10 crores from around 2000 screens. On Monday, Zee Studio and Abhishek Agarwak Arts’ production remains steady and minted an amount of 15.05 crores. And On Day 5, it showed tremendous growth and managed to collect the amount of 18 crores, taking the 5-days total collection to 60.20 crore nationwide.

We are sure it would enter the Rs 100-crore club soon. All eyes are now set on the Holi holiday. It would also be interesting to watch it compete with Akshay Kumar’s Bachchhan Pandey that releases on March 18.