Taapsee Pannu-starrer social drama seems to have done decent business at the ticket window in its first week. While Ayushmann Khurrana’s Shubh Mangal Zyada Saavdhan has passed its second week also at a good note. 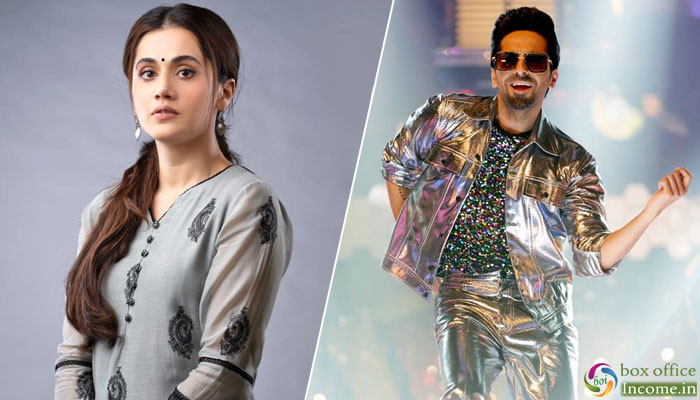 Benaras Media Works and T-Series’ presentation, the Hindi social drama has got succeed to entertain viewers in theatres and also received mostly positive reviews from critics. As a result, it had raked the business of 14.66 crores in the weekend that included 3.07 crores on Friday, 5.05 crores on Saturday & 6.54 crores on Sunday.

Then on weekdays, Thappad had managed to collect 2.26 crores on Monday, 2.21 crores on Tuesday & 2.01 crores on Wednesday. On the next day i.e. Thursday, the film has minted the amount of 1.65 crores and raised one week total collection to 22.79 crores nett at the domestic box office.

On the other hand, directed by Hitesh Kewalya, the Hindi romantic comedy-drama has got succeed to entertain everyone and did the business of 44.84 crores in the first week. In the second weekend, it had maintained a good pace and raked 9.39 crores that included 2.08 crores on Friday, 3.25 crores on Saturday & 4.06 crores on Sunday.

Then on weekdays as well, SMZS has remained steady and minted the amount of 1.40 crores on 2nd Monday, 1.35 crores on 2nd Tuesday & 1.01 crores on 2nd Wednesday. On the next day i.e. 2nd Thursday, it has managed to collect 0.95 crores and raised 2 weeks total collection to 58.94 crores nett.