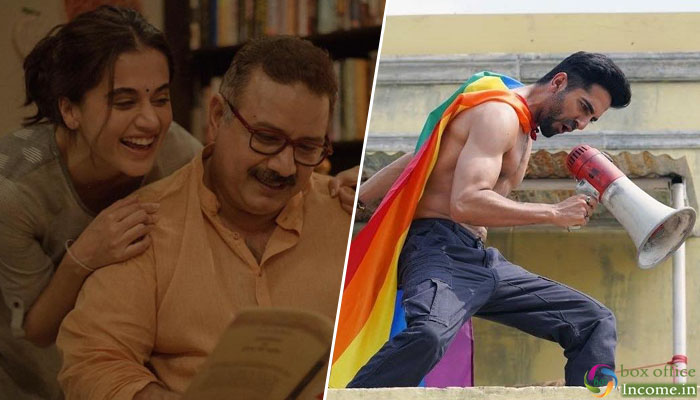 Benaras Media Works and T-Series’ presentation, the Hindi social drama has got succeed to entertain viewers in theatres and also received mostly positive reviews from critics. As a result, it had raked the business of 14.66 crores in the weekend that included 3.07 crores on Friday, 5.05 crores on Saturday & 6.54 crores on Sunday.

Then on weekdays, Thappad had entered at a decent note by collecting 2.26 crores on Monday and 2.21 crores on Tuesday. With a further decline, it has managed to collect 2.01 crores on Wednesday and raised 6 days total collection to 21.14 crores nett at the domestic box office.

On the other hand, Ayushmann Khurrana starrer romantic drama film Shubh Mangal Zyada Saavdhan has also received positive reactions from viewers. In the first week, it had garnered the business of 44.84 crores. Then in the second weekend, at a good, it had minted 2.08 crore on Friday, 3.25 crore on Saturday & 4.06 crores on Sunday.

Now on weekdays, Hitesh Kewalya’s directorial has witnessed a usual decline and had managed to collect 1.40 crore on 2nd Monday & 1.35 crore on 2nd Tuesday. On the next day i.e. 2nd Wednesday, it has scored 1.01 crore and raised 13 days total collection to 57.99 crores nett.