Taapsee Pannu starrer Thappad hit the silver screens on February 28. The film is directed by Anubhav Sinha and got an ordinary start at the box office. Thappad also faced some competition from the Ayushmann Khurrana’s holdover release Shubh Mangal Zyada Saavdhan. 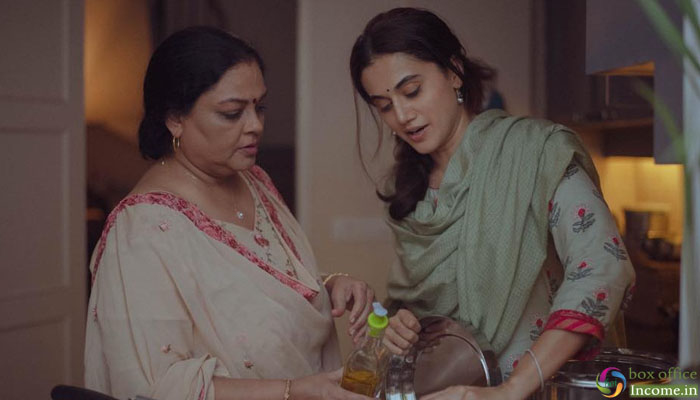 Like Mulk and Article 15, Anubhav Sinha’s latest offering has also been flooded with rave reviews from the critics. Thappad marks Taapsee Pannu’s second collaboration with Anubhav Sinha. The duo previously worked together in Mulk. Thappad talks about deep-rooted patriarchy and everyday sexism prevalent in Indian society.

Thappad was opened at an dull note but eventually managed to register an ordinary opening. Over the weekend, it took a decent jump and raked the business of 14.66 crores that included 3.07 crores on Friday, 5.05 crores on Saturday & 6.54 crores on Sunday.

Benaras Media Works and T-Series’ presentation is now running on weekdays at a low note. On Monday, it did the business of 2.26 crores. On the next day i.e. Tuesday, the film has managed to collect 2.21 crores and raised 5 days total collection to 19.13 crores nett at the domestic box office.

Tiger Shroff’s Baaghi 3 will snatch a huge chunk of screens from it this week and then it’ll have no chance to retain the numbers. Thappad features Taapsee Pannu in a starring role and also features Pavail Gulati, Ratna Pathak Shah, Tanvi Azmi, Dia Mirza, Ram Kapoor, and Kumud Mishra in important roles.