The anticipated Hindi film Thappad has entered in weekdays at an average note. With Thappad, Taapsee is collaborating with Anubhav Sinha for the second time. The duo had earlier worked together in the 2018 film Mulk. 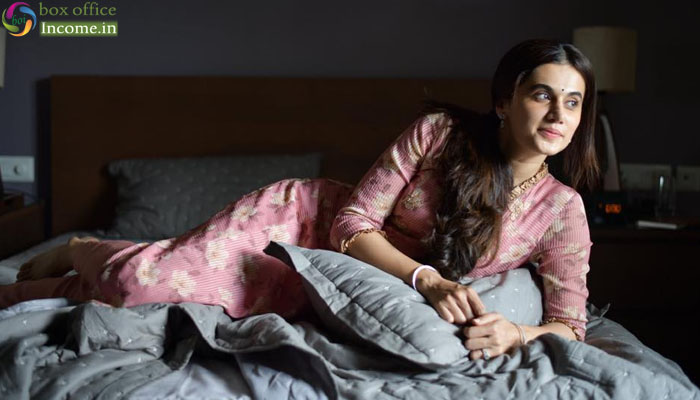 Directed by Anubhav Sinha, the social drama was released with a normal buzz due to lack of promotions and took a slow start with only 3.07 crores. On Saturday and Sunday, Thappad managed to collect the amount of 5.05 crores & 6.54 crores. After the opening weekend, its total collection was recorded as 14.66 crores nett.

On Monday, with a significant drop, Benaras Media Works and T-Series’ presentation minted the amount of 2.26 crores and raised 4 days total collection to 16.92 crores at the domestic box office. It is now important for this Taapsee Pannu starrer to maintain its hold over the coming days, which will majorly determine its run at the ticket windows.

Thappad focuses on violence in marriages and how it is normalised by the society. The film features Taapsee in the role of Amrita, who is an educated and an upper middle-class woman. Debutant Pavail Gulati portrays the role of Taapsee’s husband Vikram.