Last week released Tanhaji is still the first choice of viewers in the second week and running strongly across the country. After performing very well in the second weekend, the film has once again entered on weekdays and surprisingly with a good pace despite a clutter at the box office. 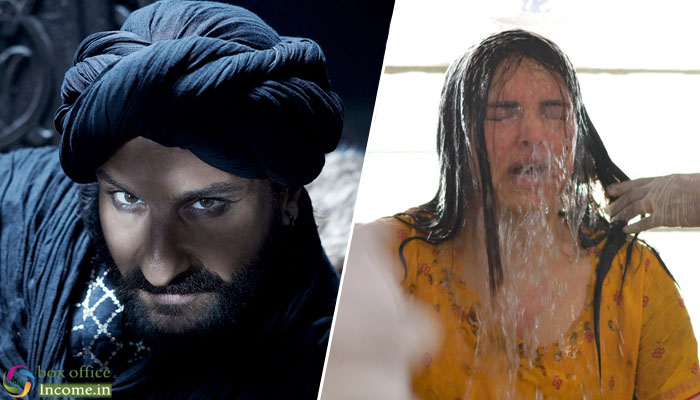 Starring Ajay Devgn, Saif Ali Khan and Kajol, directed by Om Raut was released amid the high excitement of fans and expectedly took a superb opening. In the first week, it had raked the business of 118.91 crores that included 61.93 crores in the weekend & 56.98 crores on weekdays from 3880 screens.

Then in the second weekend as well, Tanhaji had maintained the desired pace and did the business of 48.54 crores with 10.06 crores on Friday, 16.36 crores on Saturday & 22.12 crores on Sunday. Now the film has entered on weekdays once again and still has a very good hold over the multiplex audience.

On 2nd Monday, T-Series & Ajay Devgn’ production has witnessed a drop but remained strong and minted the amount of 8.17 crores. After 11 days, its total collection has become 175.62 crores at the domestic box office. The film is now aiming towards the 200-crore mark.

In parallel, there is Deepika Padukone and Vikrant Massey starrer Chhapaak which had remained under-performed in the first week despite positive reviews and did the business of 28.38 crores with 19.02 crores in the weekend and 9.36 crores on weekdays.

In the second weekend, Meghna Gulzar’s directorial had maintained a better pace than the first one and bagged the amount of 4.10 crores with 0.95 crore on Friday, 1.40 crores on Saturday & 1.75 crores on Sunday. On 2nd Monday, the film has managed to collect 0.49 crore and raised 11 days total collection to 33.97 crores nett.