The first bigge of the year 2020, Ajay Devgn starrer Tanhaji: The Unsung Warrior has made the right buzz among the audience and getting a solid response at the box office. After an excellent first week, it is running strongly in the second week as well. 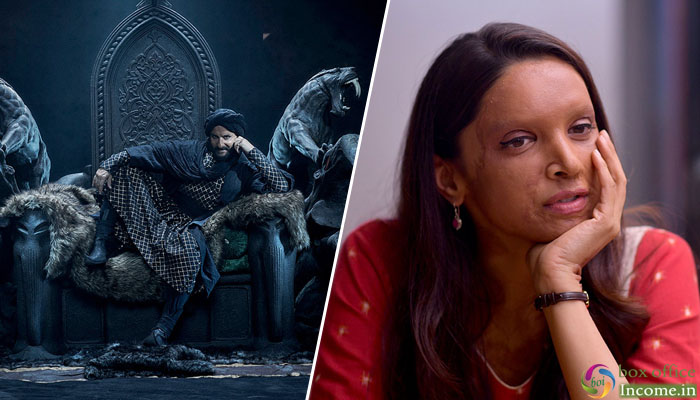 Directed by Om Raut, the period drama is getting good support from the audience due to positive reviews from critics and did the business of 118.91 crores in the first week. In the second weekend, it had scored 48.54 crores that included 10.06 crores on Friday, 16.36 crores on Saturday & 22.12 crores on Sunday.

On weekdays, T-Series & Ajay Devgn Films’ production Tanhaji had witnessed a usual drop in footfalls and minted 8.17 crores on 2nd Monday & 7.72 crores on 2nd Tuesday. On the next day i.e. 2nd Wednesday, it has managed to collect 7.09 crores and raised 13 days total collection to 190.43 crores nett at the domestic box office.

On the other hand, Deepika Padukone and Vikrant Massey starrer Chhapaak which has gathered a positive word of mouth but still remained underperformed in the first week and raked 28.38 crores. In the second weekend, it had picked up well and bagged 4.10 crores with 0.95 crore on Friday, 1.40 crores on Saturday & 1.75 crores on Sunday.