The blockbuster Tanhaji: The Unsung Warrior is heading with an exceptional trend at the box office. After the four blockbuster weeks, the Hindi period action drama has passed its fifth week as well on a solid note despite having a bunch of new Hindi offerings in the opposite along with the existing one Jawaani Jaaneman. 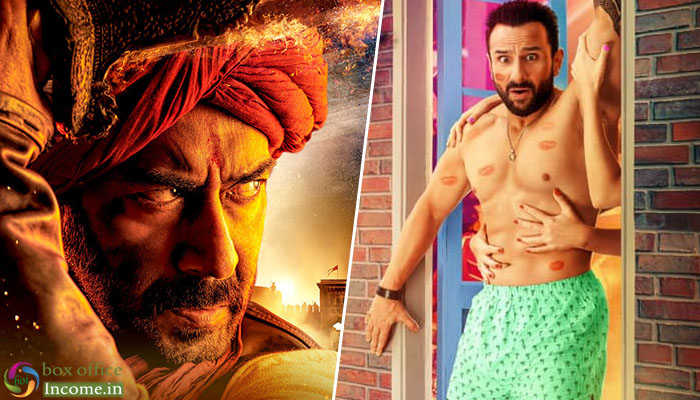 Then on weekdays, Nitin Kakkar’s directorial minted 0.68 crore on 2nd Monday, 0.64 crore on 2nd Tuesday, 0.60 crore on 2nd Wednesday & 0.55 crore on 2nd Thursday. After 2 weeks, the total collection of Jawaani Jaaneman has become 26.98 crores at the domestic box office.