Ajay Devgn and Saif Ali Khan starrer the highly-appreciated Tanhaji: The Unsung Warrior has become the best trending Hindi film ever at the Indian box office. Even in the fifth week as well, it is getting a solid response from the audience and scoring far better numbers than all the new & existing Hindi offerings. 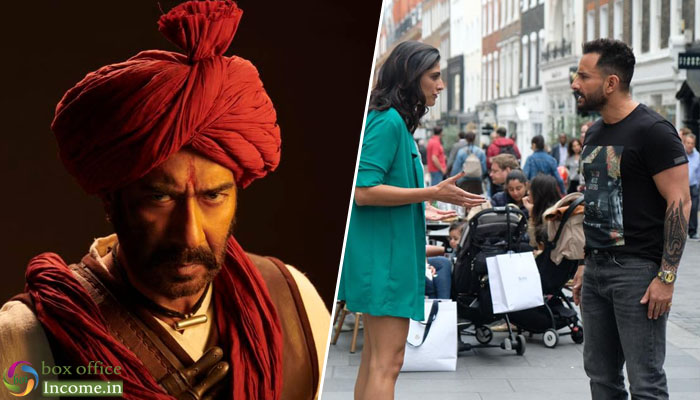 Directed by Om Raut, the period action drama started the 5th weekend on a steady note and minted the amount of 1.15 crores on Friday. With a remarkable jump over the Saturday & Sunday, it bagged 2.76 crores & 3.45 crores respectively. After 31 days, the total collection of the film has become 266.88 crores at the domestic box office.

On the other hand, last week released Saif Ali Khan and Alaya F starrer Jawaani Jaaneman has got succeed to entertain many viewers and gathered a positive word of mouth and did the business of 20.21 crores in the first week with 12.83 crores in the weekend and 7.38 crores on weekdays.