After the three blockbuster weeks, Ajay Devgn, Saif Ali Khan and Kajol has passed its fourth week also at a good note. Despite the new Hindi offering Jawaani Jaaneman, it refused to slow down at the box office and has crossed the mark of 259.50 crores within 28 days of release. 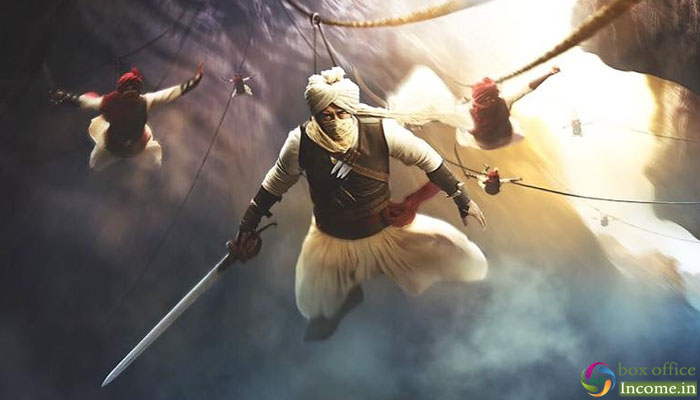 In the fourth weekend as well, Tanhaji had maintained a strong pace despite having Saif Ali Kha’s Jawaani Jaaneman in the opposite and managed to rake the business of 13.53 crores that included 2.77 crores on Friday, 4.48 crores on Saturday & 6.28 crores on Sunday.

On the next day i.e. 4th Thursday, Tanhaji has scored 1.85 crores on board and raised its 4 weeks total collection to 259.52 crores nett at the domestic box office. Now let see, how it will perform in the next week opposite to the much-buzzed Malang.