Ajay Devgn, Saif Ali Khan and Kajol’s latest blockbuster Tanhaji: The Unsung Warrior has entered to its fourth week at the box office, and the film is still giving a tough competition to the recent releases. The film surpassed all estimates to become the highest grosser of the year. 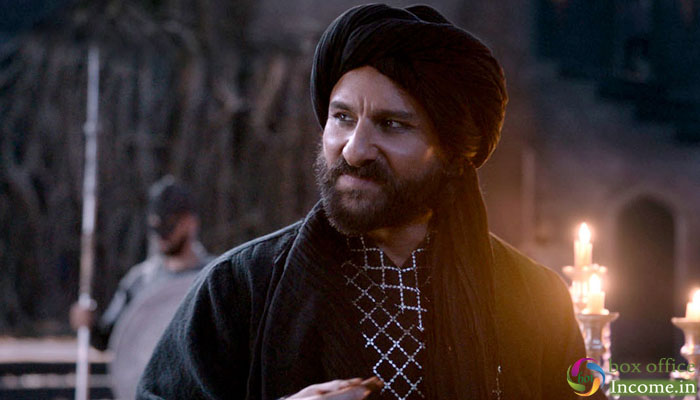 Directed by Om Raut, the Hindi period drama had passed its last 3 weeks at a blockbuster note due to a solid word of mouth and did the business of 237.87 crores with 118.91 crores in the first, 78.54 crores in the second & 40.42 crores in the third week.

Tanhaji: The Unsung Warrior is now running in the fourth week and once again passed the weekend at a strong note. In the fourth weekend, with a maintained pace, it had managed to rake the business of 13.53 crores that included 2.77 crores on Friday, 4.48 crores on Saturday & 6.28 crores on Sunday.

On weekdays, Bhushan Kumar & Ajay Devgn Films’ production has recorded a significant drop in footfalls but still has an enough hold over the audience nationwide. On 4th Monday, it had witnessed a drop of normal drop and minted the amount of 2.32 crores.

On the next day i.e. 4th Tuesday, at a similar note, Tanhaji managed to collect 2.05 crores and raised its 26 days total collection to 255.77 crores nett at the domestic box office. By the end of this week, the film is expected to score nearly 260 crores on board.