Super-Hit film Tanhaji: The Unsung Warrior has entered to its fourth week, yet the film continues to retain its magic at the box office. Despite the new Hindi release Jawaani Janemaan which has diverted the major audience toward itself in metros, the Hindi period drama is still heading smoothly in the parallel. 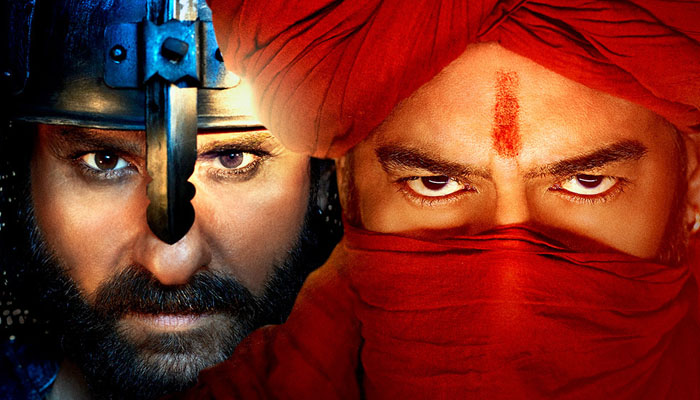 Om Raut’s directorial was opened at an excellent note at the box office. Due to the solid word of mouth, it remained superb throughout and did the business of 118.91 crores in the opening week with 61.93 crores in the weekend & 56.98 crores on weekdays from 3880 screens.

After that also, Tanhaji: The Unsung Warrior had managed to maintain a strong pace despite normal drops in footfalls and raked the business of 78.54 crores in the second & 40.42 crores in the third week. After 3 weeks, its total collection was recorded at 237.87 crores nett at the domestic box office.

Bhushan Kumar & Ajay Devgn’s production is now running in its fourth week and has passed the weekend at a strong despite new release. The film bagged the amount of 2.77 crores on Friday, while collected 4.48 crores & 6.28 crores on Saturday & Sunday respectively.

On 4th Monday, being a normal working day, Tanhaji: The Unsung Warrior has recorded a significant drop in footfalls and minted the amount of 2.32 crores. With this, its 25 days total collection has become 253.72 crores nett. As per the current trend, it is expected to garner around 260+ crores by the end of this week