Ajay Devgn and Saif Ali Khan starrer Tanhaji: The Unsung Warrior has now entered in the fourth week and still doesn’t seem ready to slow down. Despite the new major Hindi release Jawaani Jaaneman, it remained almost stable on 4th weekend and has crossed the mark of 250-crore domestically. 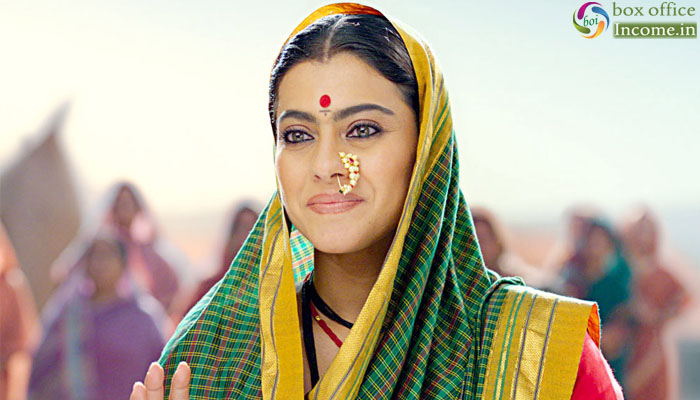 Directed by Om Raut, the period drama took an excellent opening at the box office and showing its magical run since then. In the first week, the film had raked the business of 118.91 crores with 61.93 crores in the weekend & 56.98 crores on weekdays from 3880 screens.

In the second week also, Tanhaji showed a solid performance despite having Varun Dhawan’s Street Dance 3D in the opposite and did the business of 78.54 crores that included 48.54 crores in the weekend and 30 crores on weekdays from more than 2500 screens.

Then in the third week as well, T-Series and Ajay Devgn Films’ had managed to remain almost unaffected by the Bollywood Jaawani Jaaneman and bagged the amount of 40.42 crores with 27.48 crores in the weekend and 12.94 crores on weekdays from more than 2000 screens.

Tanhaji had started the fourth weekend at a good note and minted the amount of 2.77 crores on Friday. Over Saturday & Sunday, the film has recorded a good jump in footfalls and scored 4.48 crores & 6.28 crores respectively on board. After 24 days, its total collection has become 251.40 crores nett at the domestic box office.