Tanhaji: The Unsung Warrior, starring Ajay Devgn, Saif Ali Khan and Kajol in the lead roles, has emerged as first successful films of the year 2020. Even in the third week, it doesn’t seem in a mood to slow down despite having several new releases: Street Dancer 3D and Panga. 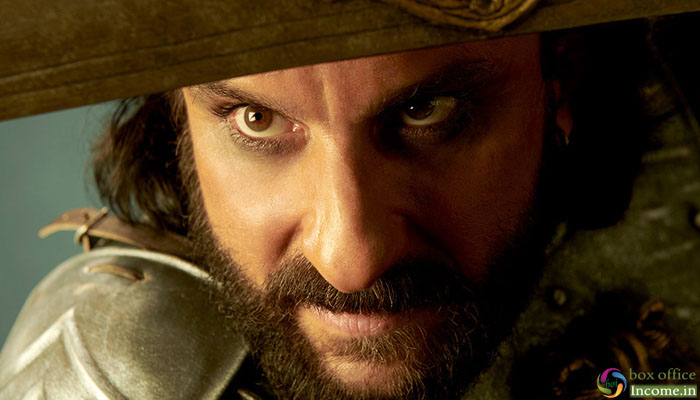 Directed by Om Raut, the period action drama has entertained many in theatres and gained a terrific word of mouth. In the opening week, it did the massive business of 118.91 crores with 61.93 crores in the weekend & 56.98 crores on weekdays from 3880 screens.

In the second week as well, Tanhaji had maintained a solid pace and garnered the business of 78.54 crores that included 48.54 crores in the weekend and 30 crores on weekdays from 2500 screens. After the 2 weeks, its total collection was recorded at 197.45 crores.

Then in the third weekend, at a strong note, Bhushan Kumar & Ajay Devgn Films’ production managed to collect the amount of 27.48 crores from 2000+ screens with 5.38 crores on Friday, 9.52 crores on Saturday & 12.58 crores on Sunday. Now the film has entered on weekdays once again and still has a good hold over the audience.

On 3rd Monday, Tanhaji: The Unsung Warrior had recorded a normal drop and minted the amount of 4.03 crores. On the next day i.e. 3rd Tuesday, Tanhaji witnessed a more drop but strong and garnered the business of 3.22 crores. After this, its 19 days total collection has become 232.18 crores nett at the domestic box office.