The latest offering of Nadiadwala Production, Tadap has registered a fair week at the Indian box office. After a strong weekend, the Hindi romantic-thriller remained steady on weekdays and crossed over 20 crores in 7 days across the country. 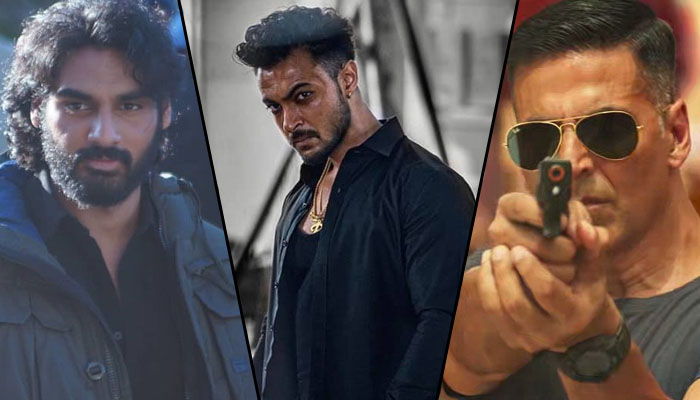 Tadap starring debutante Ahan Shetty and Tara Sutaria, the Hindi romantic-thriller has got succeed to convince many critics and received mostly positive reviews. As a result, it had raked the business of 13.52 crores in the weekend that included 4.05 crores on Friday, 4.12 crores on Saturday & 5.35 crores on Sunday.

Then on weekdays, Tadap had entered at a decent note by collecting 2.25 crores on Monday, 2.01 crores on Tuesday and 1.75 crores on Wednesday. With a further decline, it has managed to collect 1.51 crores on Thursday and raised 7 days total collection to 21.04 crores nett at the domestic box office.

On the other hand, Salman Khan and Aayush Sharma starrer Antim: The Final Truth had garnered 29.35 crores in the first week and 5.25 crores in the second weekend. Then on weekdays, it had scored 0.85 crores on Monday, 0.75 crores on Tuesday and 0.60 crores on Wednesday. On the next day i.e. Thursday, the film has bagged 0.45 crore and raised 14 days total collection to 37.25 crores nett.

In parallel, Akshay Kumar starrer Sooryavanshi had raked the business of 191.35 crores in the last 3 weeks and 2.02 crores in the fourth weekend. Then on weekdays, it had scored 0.24 crores on Monday & 0.23 crores on Tuesday on 0.21 Wednesday. Then on Thursday, the film has managed to score 0.27 crores and raised 35 days total collection to 194.32 crores nett.