Sajid Nadiadwala’s recent production Super 30 got succeed to pull major crowd toward itself. By remaining steady throughout, it has registered a good opening week at the domestic box office despite getting mixed critic reviews and having mighty Kabir Singh & other previous releases in parallel. 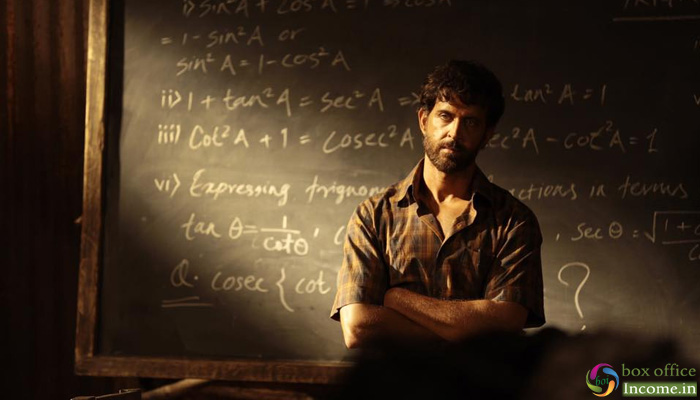 Based on the life of mathematician Anand Kumar, Super 30 was released with a big responsibility on its shoulder. Although it has not received much positive feedback from the audience, still the box office numbers are solid enough because of wide-scale promotions.

After a fair start, Vikas Bahl’s directorial recorded a good jump over the opening weekend and did the business of 50.76 crores with 11.83 crores on Friday, 18.19 crores on Saturday, and 20.74 crores on Sunday from 3200 screens across the country.

Then on weekdays, Super 30 witnessed a normal drop in footfalls and minted the amount of 6.92 crores on Monday. With further dips, it managed to collect the amount of 6.39 crores on Tuesday and 6.16 crores on Wednesday. On the next day i.e. Thursday, the movie faced a slight more drop and raked 5.62 crores.

With this, the total collection of Phantom Films, Nadiadwala Grandson Entertainment, Reliance Entertainment and HRX Films’ presentation after a week has become 75.85 crores nett at the domestic box office. Let see will it retain the same pace in the next week also opposite Hollywood’s highly anticipated The Lion King.