After a fair opening, this Friday released biographical drama Super 30 has passed the weekend on an excellent note. Meanwhile, with the brilliant performances by Hrithik Roshan, Mrunal Thakur, Pankaj Tripathi and Nandish Singh, and the flawless direction of Vikas Bahl, Super 30 has impressed everyone worldwide. 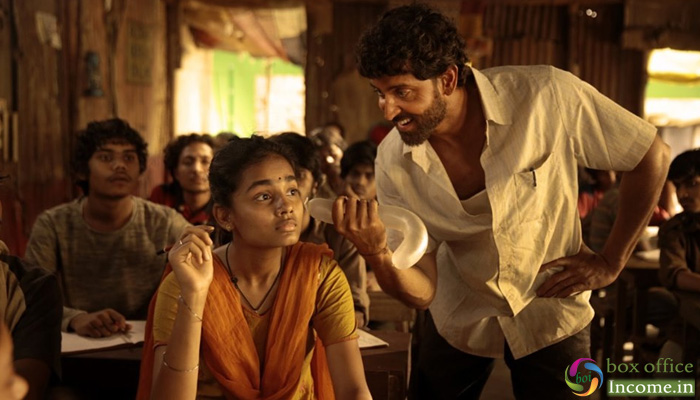 The biopic of very popular mathematician Anand Kumar, Super 30 has got succeed to hit the target right and getting positive reviews from the critics as well as the audience. As a result, it has gained a strong word of mouth which is helping it to perform tremendously at the box office.

Presented by Phantom Films, Nadiadwala Grandson Entertainment and Reliance Entertainment, this biographical drama was released with huge hype and took a fair start. With overall 55% of occupancy nationwide, it did the business of 11.83 crores from 3200+ screens and emerged the 8th biggest opener of the year so far.

Then on Saturday, it witnessed a jump of 53.80% and raked the business of 18.19 crores. On the next day i.e. Sunday, with a further growth of 14% Super 30 garnered the business of 20.74 crores and raised its first 3-days total collection to 50.76 crores nett at the domestic box office.

After Shahid Kapoor in Kabir Singh, it’s Hrithik Roshan in Super 30 who is going to make the audience crazy. The mass appeal of the film is of course far lesser than Kabir Singh but it has good chances of touching the 100 crores mark. Going by the initial, and the competition from The Lion King, Judgementall Hai Kya, Arjun Patiala in upcoming weeks.