Phantom Films, Nadiadwala Grandson Entertainment, Reliance Entertainment and HRX Films’ production Super 30 continued to hold well at the box office. Despite entering in its fifth week, the biopic-movie has managed to survive well at the ticket windows. 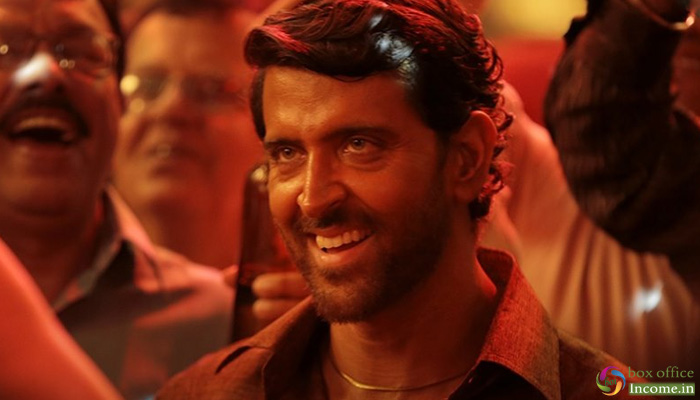 The movie was released with huge excitement among fans and as expected received positive response from audience as well as critics. As a result, Super 30 registered the business of 141.24 crores at the domestic box office which included 75.85 crores in the first, 37.86 crores in the second, 17.94 crores in the third and 9.59 crores in the fourth week.

After the 4 successful weeks, now Super 30 is running its fifth week and once again witnessing growth over the weekend. On 5th Friday, it minted the amount of 0.56 crores with a drop of 30% than the previous day. Then on 5th Saturday, it recorded a jump and raked the amount of 1.13 crore.

With this, the total collection of Hrithik Roshan starrer after a month i.e. 30 days has become 142.93 crores nett at the domestic box office. Also, the film has crossed the 200 crores mark worldwide which is a very good result for it considering the genre.

Super 30, which is based on the life of Bihar based mathematician Anand Kumar, who has earned recognition for providing free IIT-JEE entrance examination coaching to underprivileged children. Given the beautiful message, the film delivers, and the inspiring story of Anand Kumar it promotes the film was given a tax-free status in many states like Bihar, UP, Rajasthan, Delhi, Gujarat & Maharashtra.