After a fair start on Friday, the latest offering of superstar Hrithik Roshan, Super 30 has recorded healthy growth in footfalls on Saturday. Due to the positive reviews, the film has gained a good word of mouth which is helping it to attain the desired pace at the box office. 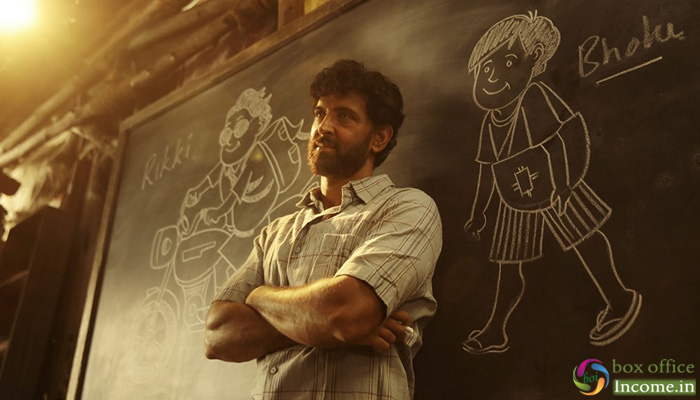 Directed by Vikas Bahl, the Hindi biographical drama has received very positive reactions from the critics as well as the audience and gathered a solid word of mouth. Hrithik has performed his character brilliantly in the film and is being appreciated by everyone.

Starring Hrithik Roshan, Mrunal Thakur, Pankaj Tripathi and Nandish Singh starrer Super 30 was opened at a decent note on Friday and witnessed a fair growth over the evening & night shows. In the end, it did the business of 11.83 crores and emerged as the 8th highest opening of the year so far.

On the next day i.e. Saturday, due to positive word of mouth, Super 30 recorded a solid jump of 53.80% vis-a-vis Friday and bagged the amount of 18.19 crores. After 2 days, the total collection of this Hindi romantic comedy has become 30.02 crores nett from 3200+ screens.

As per the current trend, Phantom Films, Nadiadwala Grandson Entertainment and Reliance Entertainment’s presentation Super 30 is likely to rake around 85+/- crores by the end of this week at the domestic box office. This is based on the life of Indian Educationalist and Mathematician Anand Kumar, who provides free coaching to underprivileged students for IIT-JEE entrance examinations.