Director Vikas Bahl’s Super 30 continues its splendid run at the box office. Despite Hollywood biggie Hobbs & Shaw, the biopic-drama remained stable at the ticket window. Apart from the domestic market, Super 30 has also performed decently well in the international markets. 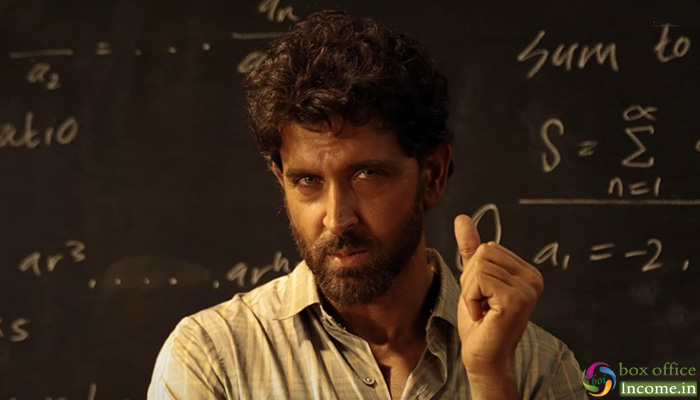 Featuring the crazy ensemble cast that includes Hrithik Roshan, Mrunal Thakur, Virendra Saxena, Nandish Singh and Pankaj Tripathi, Super 30 has got very positive reactions from the audience due to its interesting story-line. Also, the actors have received huge appreciation for their mind-blowing performances.

In the opening week, Super 30 remained strong throughout and raked the business of 75.85 crores from 3200 screens. In the second and third weeks as well, it showed excellent performance and garnered 37.86 crores and 17.94 crores respectively.

After the 3 excellent weeks, Phantom Films, Nadiadwala Grandson Entertainment (NGE), Reliance Entertainment and HRX Films’ collaboration passed the fourth weekend as well on a strong note. It did the business of 6.28 crores, that included 0.96 crore of Friday, 2.10 crores of Saturday and 3.22 crores of Sunday.

In weekdays asusual Super 30 is getting more lesser footfalls in theaters and collected the amount of 0.85 crore on it’s 4th Monday. On the next day i.e. 4th Tuesday, it remained flat and bagged similar amount of 0.81 crore. With this, total collection of Super 30 has become 139.59 crores domestically.