Hrithik Roshan and Mrunal Thakur starrer Super 30 has managed to survive well in its fourth week at the box office. Despite facing stiff competition from films like The Lion King and new release Hobbs and Shaw, the biographical drama earned decent collections on its fourth Monday. 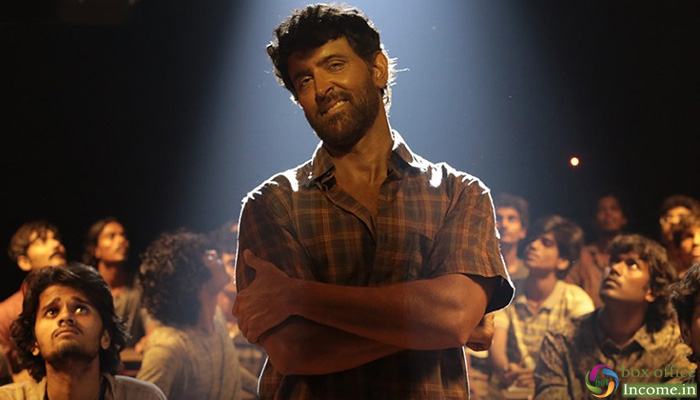 Directed by Vikas Bahl, the biopic drama has got succeed to gather mostly positive reviews from the critics as well as the audience and gained a good word of mouth. As a result, it did the business of 131.65 crores in the last 3 weeks with 75.85 crores in the first, 37.86 crores the second and 17.94 crores in the third week.

Super 30 is now running in the fourth week and once again passed the weekend at a good note. Over the fourth weekend, it showed a positive uptrend and raked the business of 6.28 crores that included 0.96 crore on Friday, 2.10 crore on Saturday & 3.22 crore on Sunday.

Phantom Films, Nadiadwala Grandson Entertainment (NGE), Reliance Entertainment and HRX Films collaboration has now entered on weekdays again but with a steady pace. On 4th Monday, it recorded a normal drop of 12% vis-a-vis 4th Friday and minted the amount of 0.85 crore.

After 25 days, the total collection of Super 30 has become 138.78 crores nett at the domestic box office. Super 30 became the seventh-highest-grossing Hindi film of 2019. Based on the life of mathematician Anand Kumar and his educational program Super 30.