After solid performance in last 3 weeks, Super 30 has completed the 4th weekend on a steady note despite having new releases (Fast and Furious Presents: Hobbs & Shaw) in opposite. At domestic box office, the movie has raked 134.70 crores in 23 days of release. 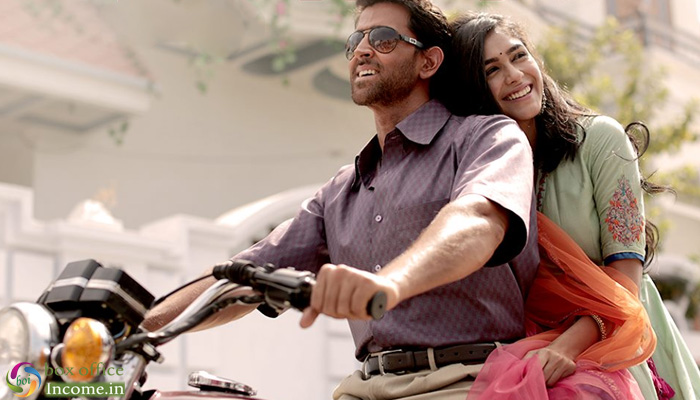 Superstar Hrithik Roshan and Mrunal Thakur’s first collaboration Super 30 has received very positive reviews from most of the critics and gained strong word of mouth. As a result it had emerged as seventh highest grossing movie of the year so far within 2 weeks of release.

Anand Kumar’s Biopic, Super 30 did the business of 75.85 crores that included 50.76 crores of weekend and 25.09 crores of weekdays in the opening week. In the second & third week as well, the movie maintained a strong pace and bagged 37.86 crores & 17.94 crores respectively.

On its 4th Friday, Vikas Bahl’s directorial faced a minimal drop than the previous day and did the business of 0.96 crore despite new releases. On the next day i.e. 4th Saturday, it took a solid growth of approx. 119% and minted the amount of 2.10 crores.

Then on 4th Sunday as well, Super 30 witnessed further jump and collected the amount of 3.22 crores. With this, the total collection of the movie after 24 days, has become 137.93 crores at the domestic box office including 131.65 crores of last 3 weeks.

Later this week, it would hang in there well to go past Gully Boy lifetime numbers of 140.25 crores and anything that comes post that would be an added bonus.