After passing 3 weeks on a solid note, Sajid Nadiadwala’s recent venture Super 30 still refusing to slow down at box office despite new releases. Hrithik Roshan starrer this biograhical drama was released on 12th of July with immense excitement of their fans and as expected received favorable response from audience. 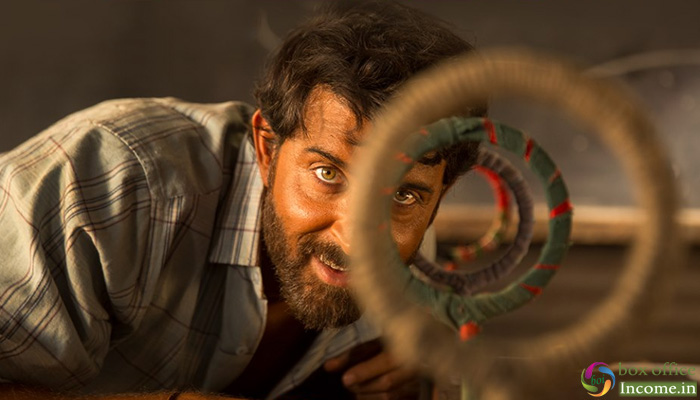 Alongside Hrithik, Super 30 starring Mrunal Thakur as a leading lady who has also given brilliant performance like him. In the opening week, it recorded amazing occupancy throughout and did the business of 75.85 crores, that included 50.76 crores of weekend and 25.09 crores of weekdays from 3200 screens across the country.

After 3 weeks of release, total collection of the film was recorded as 131.65 crores at domestic box office. Now it is running in the fourth week and has biggie Hobbs and Shaw in opposite along with Sonkashi’s new film Khandaani Shafakhanan.

As a result, it faced around some drop and added the amount of 0.96 crore to it’s account on 4th Friday. On the next day i.e. 4th Saturday, Super 30 once again showed jump in footfalls and garnered the business of 2.10 crore. With this, total 23 days collection of the film has become 134.71 crores.