Vikas Bahl directorial ‘Super 30’ starring Hrithik Roshan in the lead role has entered in its fourth week and still not ready to slow down. Despite having the new release Hollywood Hobbs And Shaw in the opposite, it remained almost steady on 4th Friday. 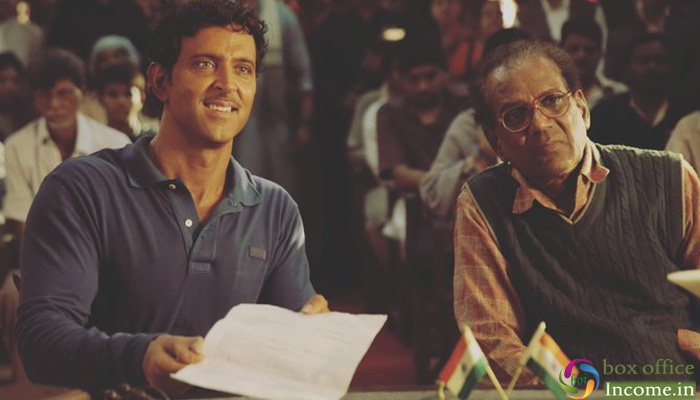 Phantom Films, Nadiadwala Grandson Entertainment, Reliance Entertainment and HRX Films’ this presentation has received mixed reviews from the critics, but the audience has liked it very much. By remaining strong throughout the first week, the movie registered the business of 75.85 crores from 3200 screens.

After 3 weeks, the total collection of Super 30 was recorded at 131.65 crores. Now Hrithik starrer has entered in the fourth weekend and still has enough hold over the audience. On 3rd Friday, it faced some drop than the previous day and minted the amount of 0.96 crore.

With this, the 22 days total collection of Sajid Nadiadwala’s production has become 132.61 crores nett at the domestic box office. Once again, it is expected to witness a good jump in footfalls over the fourth weekend.