After an impressive performance in first two weeks of release, Hrithik Roshan’s latest offering Super 30 is continuing it’s dream run at box office. The biography of Bihar-based mathematician Anand Kumar, is running in it’s third week but still showing no sign of slowdown. 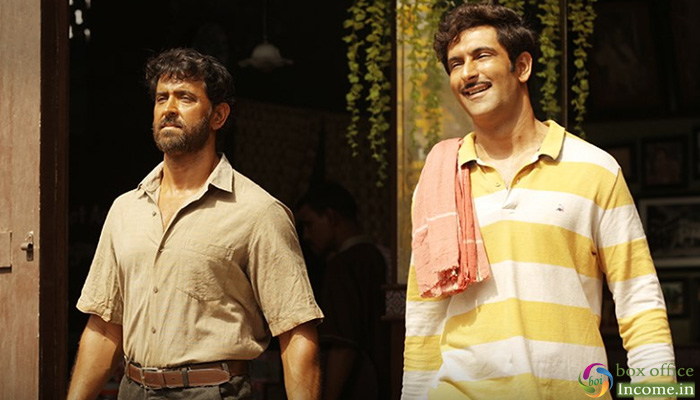 Despite the mixed reviews of critics, Hrithik Roshan, Mrunal Thakur, Amit Sadh and Nandish Sandhu starrer registered excellent performance so far at box office. Fortunately the movie got succeed to entertain audience and remained rock-steady throughout.

The film has been declared taxfree in Rajasthan, Bihar, Gujarat, Delhi and Uttar Pradesh, which has given rise to its collection in these regions. In the opening week, after a solid opening Super 30 remained strong and raked the business of total 75.85 crores, that included 50.76 crores of weekend and 25.09 crores of weekdays from more than 3200 screens across the country.

After 17 days of release, total collection of Super 30 was recorded as 125.93 crores at domestic box office. Now this biographical drama is running in weekdays once again and still has enough hold over audience. On 3rd Monday, Hrithik Roshan starrer scored 1.39 crore with 35.05% of drop than previous day, while collected 1.35 crore on Tuesday.