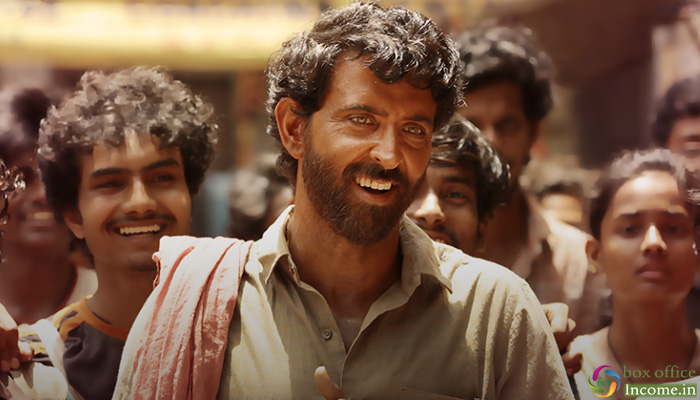 Starring Hrithik Roshan and Mrunal Thakur, Super 30 has got succeed to entertain many in theatres and gathered a positive word of mouth. As a result, it did the business of 75.85 crores in the first week with 50.76 crores in the weekend & 25.09 crores on weekdays from 3200 screens across India.

Then in the second week as well, Vikas Bahl’s directorial had maintained a solid pace and raked the business of 37.86 crores that included 24.79 crores in the weekend and 13.13 crores on weekdays. After the 2 weeks, its total collection was recorded at 113.71 crores.

Super 30 is now running in its third week and started the weekend at a steady note. On 3rd Friday, it recorded a minimal drop in footfalls than the previous day and minted the amount of 2.14 crores. On the next day i.e. 3rd Saturday, it managed to collect the amount of 4.47 crores after a good jump.

After 16 days, the total collection of Super 30 has become 120.32 crores nett at the domestic box office. As per the current trend, Super 30 is likely to bag the amount of around 127 -/+ crores nett by the end of this weekend.