Much-awaited Hindi biographical drama Super 30 showed a tremendous performance in the opening week and passed its second weekend as well on a solid note. Due to a positive word of mouth and no major Hindi release this week, the movie has a very good over the audience across India. 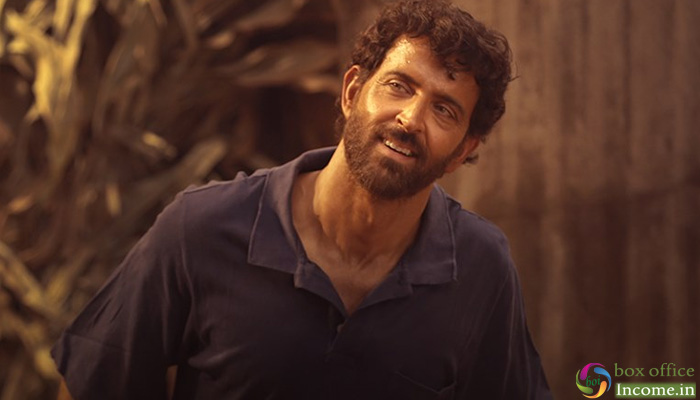 Starring Hrithik Roshan, Mrunal Thakur and Nandish Sandhu in lead roles, Super 30 entertained everyone and has received overall positive reviews from the critics as well as the audience. As a result, it opened on a terrific note and registered the 8th highest opening of the year.

Vikas Bahl’ directorial remained strong throughout in the first weekend and did the business of 50.76 crores across India, with 11.83 crores on Friday, 18.19 crores on Saturday & 20.74 crores on Sunday. Super 30 is running on weekdays and still has a strong hold over the audience.

On weekdays, Super maintained a superb pace and raked the business of 6.92 crores on Monday, 6.39 crores on Tuesday, 6.16 crores on Wednesday & 5.62 crores on Thursday. After 7-days, the total collection of the movie was recorded at 75.85 crores from 3200 screens at the Indian box office.

With a usual drop in footfalls, Hrithik starrer did the business of 4.52 crores on Friday. Then on a high note on 2nd Saturday, it bagged the amount of 8.53 crores. On the next day i.e. 2nd Sunday, with a further rise, the movie collected 11.68 crores and raised 10 days total to 100.58 crores across the country.

On 2nd Monday, it faced a drop of approx. 20.37% than Friday and did the business of 3.60 crores. With a further dip, Anand biopic minted the amount of 3.34 crores on 2nd Tuesday. On the next day i.e. 2nd Wednesday, following the same trend, Super 30 garnered the business of 3.16 crores and raised its 13 days total collection to 110.68 crores nett.