As expected, superstar Hrithik Roshan starrer Super 30 co-stars Mrunal Thakur and Nandish Sandhu has hit the right chord and running successfully at the box office. After a good opening week, it has passed its second weekend also at a solid note and become the 7th highest grossing Hindi film of the year so far by dominating De De Pyaar De. 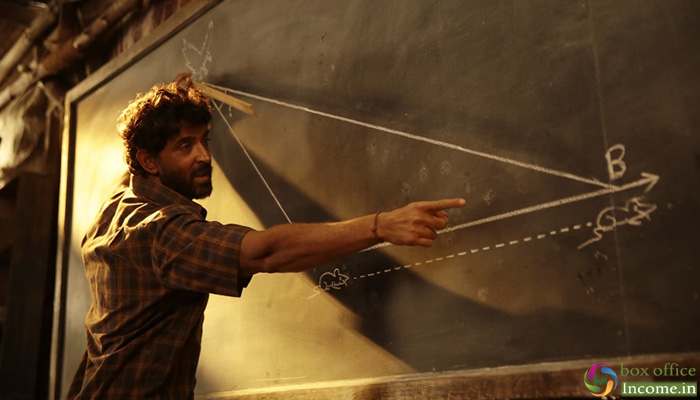 Vikas Bahl’s directorial Hindi biographical drama had started its journey at a decent note and managed to attain a solid pace afterwards. In the first week, it did the business of 75.85 crores that included 50.76 crores in the weekend & 25.09 crores on weekdays from 3200 screens across India.

In the second weekend, despite several new releases, Super 30 remained strong at the box office and raked the business of 24.73 crores with 4.52 crores on Friday, 8.53 crores on Saturday & 11.68 crores on Sunday. Now the film has entered on weekdays and still holding well across the country.

On 2nd Monday, Phantom Films, Nadiadwala Grandson Entertainment (NGE), Reliance Entertainment and HRX Films, Super 30 has witnessed a drop of 20.37% vis-a-vis 2nd Friday and minted the amount of 3.60 crores. After 11 days, the total collection of Super 30 has become 104.18 crores nett at the domestic box office.

As per the current trend, Super 30 is expected to rake around 115 crores nett by the end of this week. However, all eyes are on Hrithik Roshan’s upcoming release War which is already arising quite some curiosity. Rest assured, it is pretty much seen as a 200 Crore Club entrant.