After a successful first week, Hrithik Roshan, Mrunal Thakur and Nandish Sandhu starrer Super 30 has passed its second weekend as well as on a solid note. Despite several new Hollywood and Hindi offerings in the opposite, it remained the first choice of the viewers across the country. 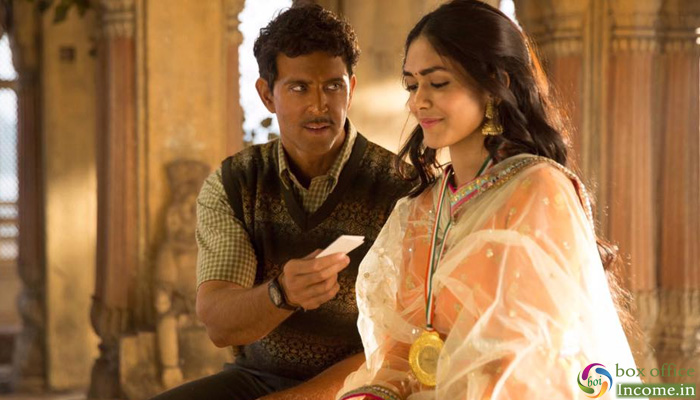 Directed by Vikas Bahl, biographical drama Super 30 has got succeed to hit the target right with its intriguing story-line and received mostly positive reviews from the critics as well as the audience. As a result, it still has a stronghold and running unaffectedly at the box office.

Hrithik Roshan starrer Super 30 opened on a fair note but picked up very well from the next day. In the opening weekend, it did the business of 50.76 crores that included 11.83 crores on Friday, 18.19 crores on Saturday & 20.74 crores on Sunday.

Then on weekdays, it remained steady on weekdays and bagged the amount of 6.92 crores on Monday, 6.39 crores on Tuesday, 6.16 crores on Wednesday & 5.62 crores on Thursday. After a week, the total collection of the movie was recorded 75.85 crores.

Now Super 30 is running in the second week and once again showed a healthy uptrend over the weekend. On 2nd Friday, it did the business of 4.52 crores with a considerable low than the previous day. On 2nd Saturday, it took a healthy growth and minted 8.53 crores.

On the next day i.e. 2nd Sunday, Phantom Films, Nadiadwala Grandson Entertainment (NGE), Reliance Entertainment and HRX Films’ presentation, Super 30 witnessed a further jump and raked the business of 11.68 crores. With this, its 10 days total collection has become 100.58 crores.