Actor Sudheer Babu’s upcoming film ‘Sridevi Soda Center’ is all set hit the screens on August 27. The film has been ready for release for a few months now but was on hold due to the lockdown. 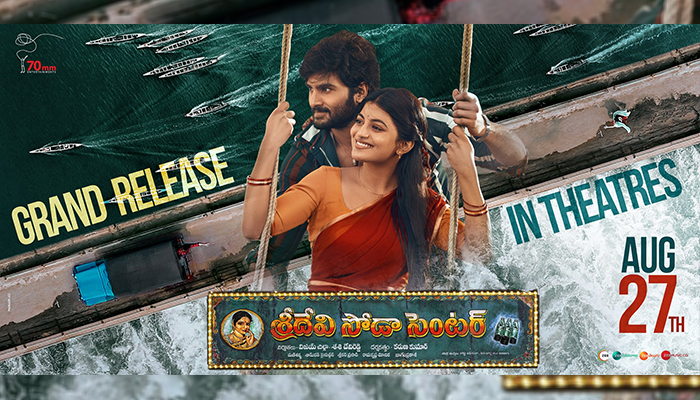 Sudheer Babu also took to Twitter on Thursday to announce the release date of his film with his fans and followers. Sharing the film’s poster, he wrote, ”Remember the date AUGUST 27th. That’s the date we will meet you with #SrideviSodaCenter in theatres A script we fell in love with … will soon be all yours. #SrideviSodaCenterOn27thAug #70mmSSC #SSC.’”

The music of ‘Sridevi Soda Center’ has been composed by Mani Sharma and produced by Vijay Chilla and Shashi Devireddy under 70mm Entertainments. The cinematography is by Shamdat Sainudeen and editing by A Sreekar Prasad.

The first single, ”Mandhuloda”, was unveiled on July 9. It was followed by ”Naalo Innalluga”, which was released on August 10.