Bhushan Kumar’s latest production in association with Remo D’Souza Entertainment, Street Dancer 3D has got failed to pull out the desired result. Due to the unconvincing storyline, the film has received mixed reviews from the critics and facing huge rejection from the audience nationwide. 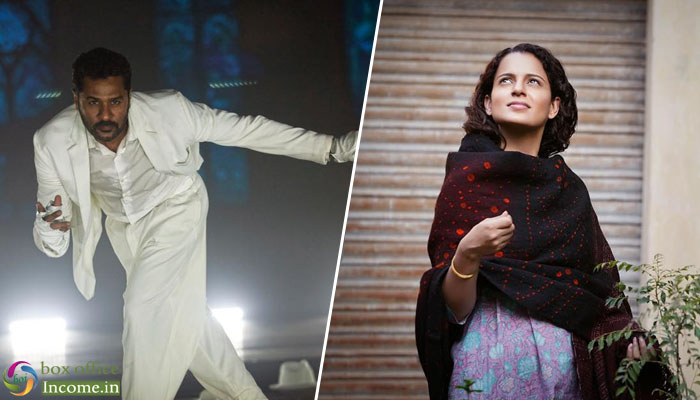 Despite the impressive performances by the leading actors- Varun Dhawan, Shraddha Kapoor, Prabhu Deva and Nora Fatehi, the Hindi dance drama doesn’t live up to the expectations. As a result, it has crashed down quite early at the box office. In the first week, it did the business of 56.77 crores that included 41.23 crores in the weekend and 15.54 crores on weekdays.

Presented by AA Films, Street Dancer 3D has now entered in the second weekend with a low note. On 2nd Friday, the film has witnessed a usual drop in footfalls and managed to collect 2.01 crores. After 8 days, its total collection has become 58.78 crores nett at the domestic box office.

On the other hand, Kangana Ranaut, Richa Chadha, Neena Gupta and Jassie Gill starrer Panga had remained under-performed throughout the first week despite positive reviews and did the business of 21.36 crores that included 14.91 crores in the weekend and 6.45 crores on weekdays.

Now Fox Star Studios’ presentation has entered in its second week and managed to collect the amount of 0.88 crore on 2nd Friday. With this, its 8 days total collection has become 22.24 crores nett at the domestic box office.