After a good weekend, the newly released Hindi dance drama Street Dancer 3D, Remo D’Souza directorial has entered on weekdays at a decent note. While on the other hand, sports drama Panga, Ashwiny Iyer Tiwari’s directorial has dropped by a usual rate and scored dull. 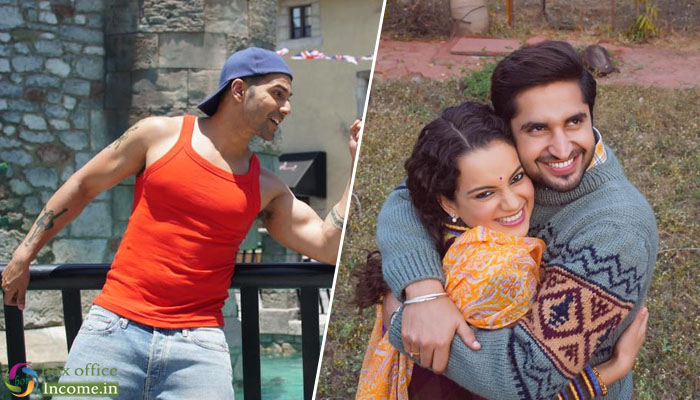 Starring Varun Dhawan and Shraddha Kapoor in lead roles, the Hindi dance drama has got failed to entertain critics as well as the audience and gathered a mixed word of mouth. As a result, it did the business of 41.23 crores in the opening weekend that included 10.26 crores on Friday, 13.21 crores on Saturday & 17.76 crores on Sunday.

On Monday, Street Dancer 3D has recorded a 54.70% drop vis-a-vis Friday and minted the amount of 4.65 crores. With this, its 4 days total collection has become 45.88 crores nett at the domestic box office. As per the current trend, it is expected to rake around 54 (-/+) crores by the end of this week.

In parallel, Ashwiny Iyer Tiwari’s directorial Panga has also got succeed to impress many critics with its storyline backed the strong performances of lead actors- Kangana Ranaut, Richa Chaddha and Jassie Gill . But still, it took a dull start on Friday and had bagged the amount of 2.70 crores.

Over the weekend, it showed an upward trend and minted 5.61 crores on Saturday & 6.60 crores on Sunday. Now the film has entered on weekdays and managed to collect 1.65 crores on Monday after a drop of 39% vis-a-vis Friday. This has raised its 4 days total collection to 16.56 crores nett.